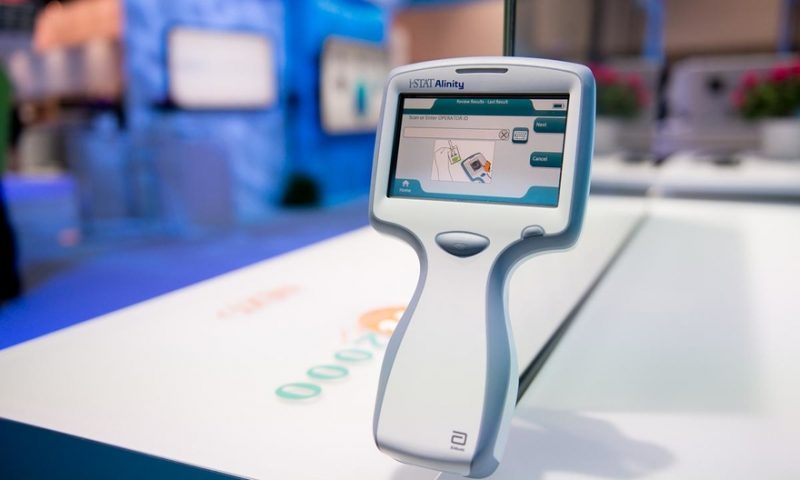 Abbott’s i-STAT Alinity platform, about the size of a large smartphone, can process a test cartridge within 15 minutes. It measures specific proteins found in the bloodstream after an injury and can help rule out the need for a CT scan if a person receives a negative result.

“Healthcare providers have been waiting for a blood test for the brain and now we have one,” said Beth McQuiston, M.D., medical director for Abbott’s diagnostics business, which estimates that nearly 5 million people visit emergency rooms for these injuries each year.

“You can’t treat what you don’t know and now physicians will be equipped with critical, objective information that will help them provide the best care possible, allowing patients to take steps to recover, prevent reinjury and get back to doing the things they care about most,” McQuiston said.

The test uses a small blood sample drawn from the arm that is then spun in a centrifuge, extracting plasma that is placed within the cartridge.

Abbott is currently working on a whole blood test, which would eliminate the separation step—with the ultimate goal being a portable test that can be run anywhere, such as on the sidelines at sporting events.

The company also secured a breakthrough designation from the FDA for a traumatic brain injury test that would run on its larger Alinity and Architect laboratory hardware, and it previously received $20 million in research funding from the U.S. Department of Defense.