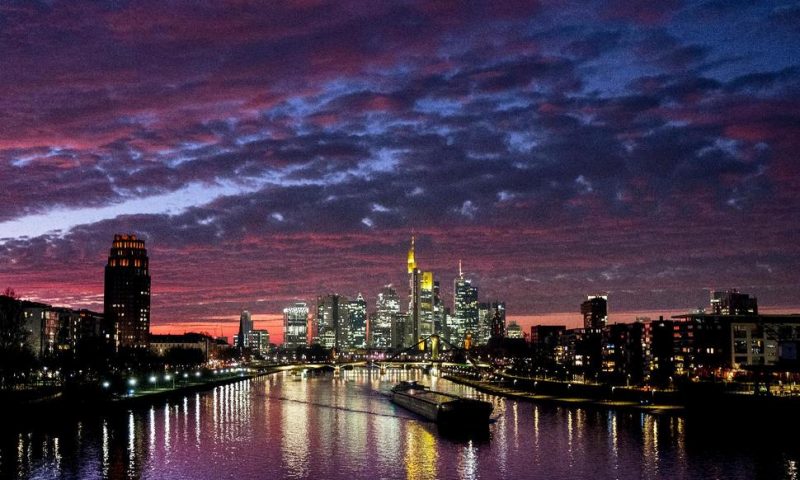 Inflation across the 19-country eurozone spiked to a six-month high in December even before the recent spike in oil prices in the wake of the U.S.-sanctioned killing of Iranian general, Qassem Soleimani, official figures showed Tuesday.

LONDON — Inflation across the 19-country eurozone spiked to a six-month high in December even before the recent jump in oil prices in the wake of escalating U.S.-Iran tensions, official figures showed Tuesday.

Statistics agency Eurostat said prices increased across the board during December, helping the annual rate of inflation to rise to 1.3% from the previous month’s 1%. Though inflation is at its highest level since June, when it was also 1.3%, it remains way below the European Central Bank’s goal of just below 2%.

The core inflation rate, which strips out volatile items such as tobacco and energy, held steady at 1.3%. Though below target, the core rate is above where it has been for much of the last few years, a fact that may cheer some members of the ECB’s governing council.

Inflation across the eurozone has remained stubbornly below the ECB’s goal for years, prompting the central bank, now under the leadership of Christine Lagarde, to persevere with stimulus measures far longer than its peers, such as the U.S. Federal Reserve. High unemployment, particularly in countries that were at the forefront of the region’s debt crisis last decade, has helped keep a lid on wage increases over the past few years despite a pick-up in economic growth.

With growth now waning around the world, the concern is that any underlying uptick in inflation may stall. That’s especially the case should the economic outlook darken further because of growing tensions in the Middle East following the killing by the U.S. of Iranian general Qassem Soleimani. The rise in tensions has seen the price of oil and gold jump, while stock markets have taken a hit.

“Without material improvement in business confidence and the growth outlook, continued modest price growth seems the most likely scenario for the moment,” said Bert Colijn, senior eurozone economist at ING.

The ECB next meets to decide on interest rates on Jan. 23, when policymakers might have a clearer idea of how things are developing in the Middle East and whether the spike in oil prices is short-lived. Even before the recent increase, energy prices were contributing to a rise in eurozone inflation.

At her first policy meeting as president, Lagarde said she would lead a top-to-bottom review of how the institution sets monetary policy. It will look at everything from how the bank defines success in fighting inflation to whether it can play a role financing the fight against global warming. She said the review would start in January and finish by the end of 2020.

At that meeting, the ECB left its policies unchanged, keeping its main interest rate at zero and its latest stimulus program intact.

US Services Firms Grew at a Faster Pace Last Month