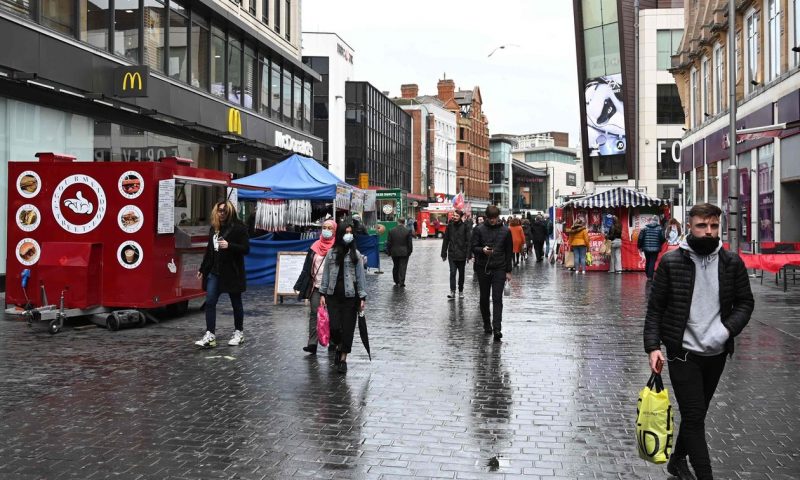 European stocks turned higher on Monday, helped by positive economic data despite nervousness ahead of the U.S. presidential election, as well as England announcing a lockdown.

Futures on the Dow Jones Industrial Average YM00, 0.88% jumped 496 points amid better-than-forecast manufacturing purchasing managers index data out of China and the eurozone. U.S. manufacturing data also are due.

“The positive session has seen markets in Europe recover from an early negative start, to push into positive territory, helped by better than expected manufacturing PMIs which are helping to offset concerns over the prospect of, at best, a flatlining economy as we head into year-end,” said Michael Hewson, chief market analyst at CMC Markets U.K.

On the eve of the election, former Vice President Joe Biden enjoys a 10-point national lead and 6-point advantage in battleground states, according to a Wall Street Journal/NBC News poll. Other polls generally were positive for the Democratic challenger, with the exception of an Iowa poll showing President Donald Trump with a 7-point advantage after being tied in the Hawkeye state last month.

Trump said his lawyers would contest results in Nevada and Pennsylvania that were counted after the election.

The coronavirus pandemic still rages, as U.K. Prime Minister Boris Johnson announced a second lockdown for England that is likely to start on Thursday, assuming it wins approval in Parliament. Deutsche Bank economist Sanjay Raya said the U.K. economy may contract up to 10% in November, and now sees fourth-quarter gross domestic product falling between 2.5% and 3.5%, from a previous forecast of a gain of 2.1%.

Nio stock runs up toward a record as October deliveries double