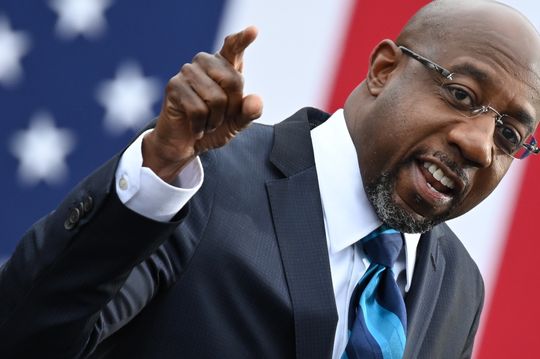 European stocks made gains on Wednesday as investors closely monitored the Georgia elections, in which the Democrats moved closer to a Senate majority.

The Associated Press called one of the two seats for Democrat Raphael Warnock early on Wednesday morning. AP also projected a slim lead for Democratic challenger Jon Ossoff over Republican Sen. David Perdue — a lead of 0.22 percentage points with 97% of the expected vote counted. The Democrats need to win both contests to take control of the Senate, as Vice President-elect Kamala Harris would cast tiebreaking votes.

With a potential Democrat majority raising the prospect of further stimulus, the U.S. 10-year Treasury yield BX:TMUBMUSD10Y climbed above 1% for the first time since March, while the dollar fell. Bond yields across Europe BX:TMBMKDE-10Y BX:TMBMKGB-10Y BX:TMBMKIT-10Y also moved higher.

“It will not be easy to force through all of the more socialist agenda, but the market sees this result as broadly more pro-cyclical and likely to lead to a higher-yield environment. This means Nasdaq futures are lower, as tech stocks have been the biggest beneficiaries of the low-rate world, while Russell 2000 futures moved higher overnight,” said Markets.com analyst Neil Wilson. “This may be the moment for a ‘healthy’ correction in the U.S. market,” he added.

U.S.-China tensions also weighed on sentiment for stocks, after President Donald Trump signed an executive order banning transactions with eight Chinese apps, including Alipay and WeChat pay. The move put Asian markets under pressure overnight. However, the order won’t take effect for 45 days, when Joe Biden will be president.

U.K. bank stocks were among the sharpest risers across Europe, benefiting from the higher-yield environment created by events in Georgia. Shares in Standard Chartered UK:STAN climbed 9.4%, while HSBC UK:HSBA was 9.9% higher, and Barclays UK:BARC rose 8.3%.

The FTSE 100’s oil giants BP UK:BP and Royal Dutch Shell UK:RDSA also made substantial gains after the Organization of the Petroleum Exporting Countries reached a deal on production cuts in February and March.