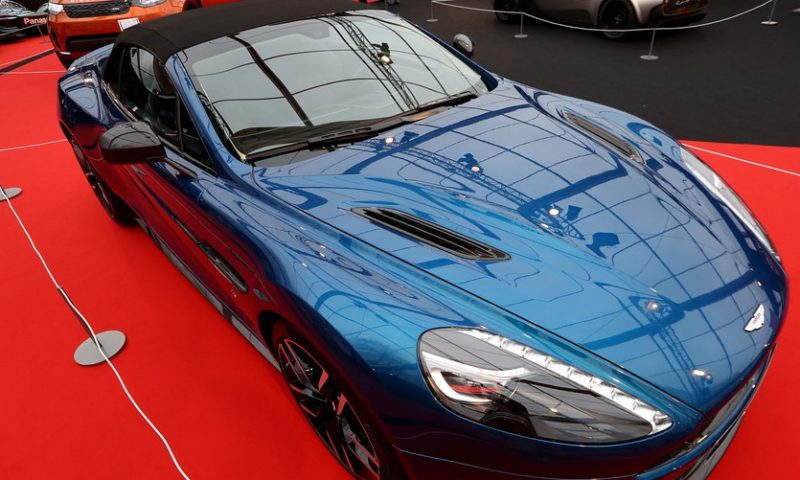 Where are the major benchmarks trading?

The index is on track for its third gain in the past four sessions, and it is trading at its highest level since Aug. 10.

The gains in Europe followed an extended rally in U.S. markets, where major indexes have risen for three straight sessions and both the S&P 500 and the Nasdaq Composite Index have closed at records in each of them. Those gains have come on optimism that trade tensions between the U.S. and its major trading partners could be easing.

Investors are continuing to watch the ongoing Brexit negotiations between the U.K. and the European Union. According to a Bloomberg report, the two now aim to finalize the terms of their split by mid-November, later than the October deadline regularly mentioned in public.

The U.K. is slated to leave the EU on March 29, and both the EU and British parliaments need to ratify the deal, which would regulate the U.K.’s relationship with the remaining 27 EU nations. Investors are worried over the prospect of a “no-deal Brexit,” where the March 29 date passes without any agreement on how various regulations will change in the transition.

On Tuesday, U.K. Prime Minister Theresa May insisted that a so-called no-deal Brexit “wouldn’t be the end of the world” days after Philip Hammond, the Chancellor of the Exchequer, warned it would add to U.K. borrowing costs and curb growth.

In the latest economic data, growth in French consumer spending grew less than expected in July.

“The positive open comes “come after another helpful lead-in from Wall St (and gains in Asia), where major indices made yet more record highs on expectations that Canada will join the US-Mexico trade deal to form a new NAFTA and that the stand-off with China may abate,” wrote Mike van Dulken, senior markets analyst at Accendo Markets.

Inditex ITX, -5.97% the owner of fast-fashion chain Zara, was among the biggest decliners in the Stoxx index. Morgan Stanley cut its view on the stock to underweight, from equalweight and lowered the price target to 21 euros from 26 euros. “Inditex is still a world-class retailer, but its investment proposition has been weakening for some years. And we don’t think that is properly reflected (yet) either in consensus estimates or the multiple the market is applying to them,” the analysts wrote.

Petrofac Ltd. PFC, +1.27% swung to a net loss in the first half of the year due to an after-tax impairment charge. It also reported revenue that was down 11% from the year-ago period.

Pernod Ricard SA. RI, -0.04% announced its results and said it would raise its dividend for fiscal 2018.

The Wall Street Journal reported that sports-car maker Aston Martin is expected to announce as early as Wednesday plans for a stock-market listing later this year that would value the company at more than $6 billion.