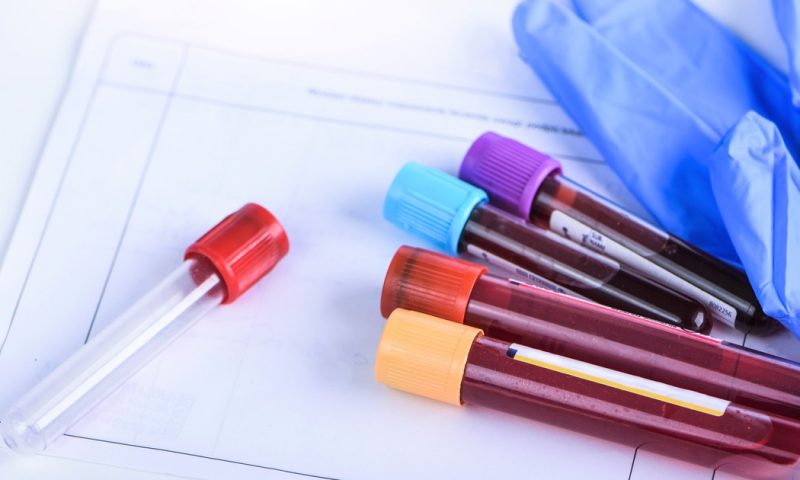 Biotech companies from across the globe are posting strong data at the Virtual Edition of the 25th European Hematology Association (EHA25) Annual Congress. Below is a roundup of some of the news coming out of the virtual conference.

bluebird bio – Data from a Phase I/II study of Cambridge, Mass.-based bluebird bio’s gene therapy treatment LentiGlobin in adult patients with sickle cell disease has shown a show a near-complete reduction of serious vaso-occlusive crises (VOCs) and acute chest syndrome (ACS), the company said. VOCs are life-threatening episodes that are the primary manifestation of sickle cell disease. A nearly complete elimination of this demonstrates the potential of LentiGlobin in this indication, David Davidson, the chief medical officer at bluebird said in a statement. Data from the Phase I/II study showed a 99.5% reduction in the annualized rate of vaso-occlusive crises (VOC) and acute chest syndrome in patients. Two years after those patients remained free from VOCs and ACS, bluebird said.

“These results illustrate the type of outcomes we believe are needed to provide truly meaningful improvements for people living with sickle cell disease. In addition, the improvement of laboratory measures of hemolysis and red cell physiology, with nearly pan-cellular distribution of the anti-sickling HbAT87Q, suggest LentiGlobin for SCD may substantially modify the causative pathophysiology of SCD,” he said.

Based on these results, bluebird said it plans to seek an accelerated approval from the U.S. Food and Drug Administration for LentiGlobin in this indication.

CRISPR Therapeutics – Working with its partner Vertex Pharmaceuticals, CRISPR Therapeutics presented new clinical data for CTX001, an investigational CRISPR/Cas9 gene therapy, from the CLIMB-111 and CLIMB-121 Phase I/II trials in transfusion-dependent beta thalassemia (TDT) and severe sickle cell disease, respectively. In the CLIMB-111 trial, data demonstrated clinical proof-of-concept for CTX001 in TDT based on the first patient dosed. Updated data presented at the conference showed that 15 months following treatment with CTX001, the patient was transfusion independent. Data from the second patient treated with CTX001 was also promising. After five months, the patient was transfusion independent. Both patients experienced serious adverse events, but they were determined to not be related to the treatment.

In the CLIMB-121 trial, the data showed that nine months after CTX001 infusion, the patient was free of VOCs, transfusion independent and had improved hemoglobin levels. The patient that formed the basis for this early study also experienced SAEs, but they were determined to not be related to the treatment.

ADC Therapeutics – Less than a month after it closed on a $267 million IPO, ADC Therapeutics announced updated data from its pivotal Phase II study of the company’s lead candidate loncastuximab tesirine (Lonca) in patients with relapsed or refractory diffuse large B-cell lymphoma (DLBCL) at the conference. The company also presented interim results from its Phase I/II trial of Lonca in combination with ibrutinib. In the Phase II LOTIS 2 study, ADC said Lonca demonstrated anti-tumor activity and durability in a broad population of difficult-to-treat patients with relapsed or refractory DLBCL. Data showed that Lonca provided an overall response rate of 48.3% and a complete response rate of 24.1%. The study also showed a median duration of response of 10.25 months. The company said Lonca had a manageable toxicity profile. ADC Therapeutics is on track to submit a BLA to the FDA for Lonca in the second half of this year and, if approved, the company plans to launch the product sometime in mid-2021.

ADC also noted at the conference that interim results from the Phase I/II LOTIS 3 study of a combination of Lonca and Janssen’s Imbruvica (ibrutinib) demonstrate the potential of Lonca to be used for earlier lines of therapy in combination with other therapies in patients with relapsed or refractory DLBCL or mantle cell lymphoma. Interim data showed an ORR of 66.7% and a CRR of 50%, ADC noted.

Apellis Pharmaceuticals – Waltham, Mass.-based Apellis presented results from its Phase III PEGASUS study at the conference that showed detailed data from the results first released in January, which showed superiority for pegcetacoplan over eculizumab in improving hemoglobin levels in adults with paroxysmal nocturnal hemoglobinuria (PNH). New data from the pivotal study showed that pegcetacoplan’s effect was seen consistently across the study population, both in patients who had low or no transfusion requirements and high transfusion requirements. Pegcetacoplan also demonstrated a robust response across several key hematologic and clinical measures for PNH. The study showed that 71% of pegcetacoplan-treated patients achieved LDH normalization in comparison to 15% of eculizumab-treated patients. Additionally, 73% of pegcetacoplan-treated patients achieved a clinically meaningful improvement in FACIT-fatigue score in comparison to 0% of eculizumab-treated patients, the company said.

With the strong results in hand, Apellis plans to submit a New Drug Application to the FDA and a Marketing Authorization Agreement to the European Medicines Agency for pegcetacoplan for the treatment of PNH in the second half of 2020.

Takeda – Takeda Oncology announced positive data from two studies of Ninlaro, an oral proteasome inhibitor that is being studied across the continuum of multiple myeloma treatment settings. Phase III data from the TOURMALINE-MM4 trial demonstrate that treatment with NINLARO resulted in a statistically significant and clinically meaningful improvement in progression-free survival (PFS). This corresponds to a 34% reduction in the risk of progression or death in patients treated with Ninlaro.

Additionally, Takeda reported that real-world data from the US MM-6 study revealed the “in-class transition from treatment with parenternal bortexomib to an oral Ninlaro-based treatment resulted in an increase in overall response rate from 62% to 70% and an increase in complete response from 4% to 26%.” These data suggest promising efficacy without impacting patients’ quality of life, with treatment taken by patients at home, the company said.

BIO: Kura Oncology CEO Wilson on the power of biotech in the quest beyond KRAS