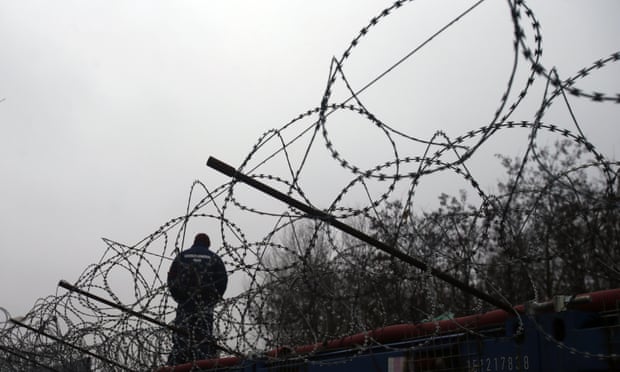 Technology that analyses facial expressions being trialled in Hungary, Greece and Latvia

The EU has been accused of promoting pseudoscience after announcing plans for a “smart lie-detection system” at its busiest borders in an attempt to identify illegal migrants.

The “lie detector”, to be trialled in Hungary, Greece and Latvia, involves the use of a computer animation of a border guard, personalised to the traveller’s gender, ethnicity and language, asking questions via a webcam.

The “deception detection” system will analyse the micro-expressions of those seeking to enter EU territory to see if they are being truthful about their personal background and intentions. Those arriving at the border will be required to have uploaded pictures of their passport, visa and proof of funds.

According to an article published by the European commission, the “unique approach to ‘deception detection’ analyses the micro-expressions of travellers to figure out if the interviewee is lying”.

The project’s coordinator, George Boultadakis, who works for the technology supplier, European Dynamics, in Luxembourg, said: “We’re employing existing and proven technologies – as well as novel ones – to empower border agents to increase the accuracy and efficiency of border checks. The system will collect data that will move beyond biometrics and on to biomarkers of deceit.”

Travellers who have been flagged as low risk by the avatar, and its lie detector, will go through a short re-evaluation of their information for entry. Those judged to be of higher risk will undergo a more detailed check.

Border officials will use a handheld device to automatically crosscheck information, comparing the facial images captured during the pre-screening stage to passports and photos taken on previous border crossings.

When documents have been reassessed, and fingerprinting, palm-vein scanning and face matching have been carried out, the potential risk will be recalculated. A border guard will then take over from the automated system.

The project, which has received €4.5m (£3.95m) in EU funding, has been heavily criticised by experts.

Bruno Verschuere, a senior lecturer in forensic psychology at the University of Amsterdam, told the Dutch newspaper De Volskrant he believed the system would deliver unfair outcomes.

“Non-verbal signals, such as micro-expressions, really do not say anything about whether someone is lying or not,” he said. “This is the embodiment of everything that can go wrong with lie detection. There is no scientific foundation for the methods that are going to be used now.

“Once these systems are put into use, they will not go away. The public will only hear the success stories and not the stories about those who have been wrongly stopped.”

Verschuere said there was no evidence for the assumption that liars were stressed and that this translated to into fidgeting or subtle facial movements.

Bennett Kleinberg, an assistant professor in data science at University College London, said: “This can lead to the implementation of a pseudoscientific border control.”

A spokesman for the project said: “The border crossing decision is not based on the single tool (ie lie detection) but on the aggregated risk estimations based on a risk-based approach and technology that has been used widely in custom procedures.

“Therefore, the overall procedure is safe because it is not relying in the risk on one analysis (ie the lie detector) but on the correlated risks from various analysis.”

The technology has been designed by a consortium of the Hungarian national police, Latvian customs, and Manchester Metropolitan and Leibnitz universities. Similar technology is being developed in the US, where lie detection is widely used in law enforcement, despite scepticism over its scientific utility in much of the rest of the world.

Last month, engineers at the University of Arizona said they had developed a system that they hoped to install on the US-Mexico border known as the Automated Virtual Agent for Truth Assessments in Real-Time, or Avatar.

The Indian princess who became a South Korean queen