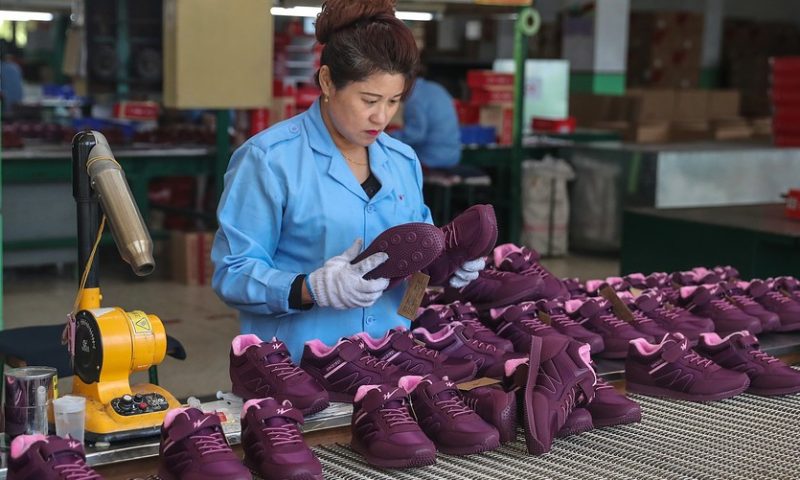 Given that talks in Washington, D.C. failed to prevent tariffs being imposed on Chinese goods by the U.S., Friday’s positive market session was surprising. Monday’s heavy losses across U.S. stocks that spread to Europe came after China retaliated over U.S. President Donald Trump’s decision last week to lift tariffs on China imports.

Plenty of sabers were rattled in the media over the weekend. Chinese Vice Premier Liu He told Xinhua that cooperation is the right choice, and that casually accusing one side of “backtracking” during negotiations was irresponsible. The dig at U.S. President Donald Trump and his team, who have accused China of changing its stance midway through the negotiations, came as Trump economic adviser Larry Kudlow broke from the president in admitting that tariffs would hurt both sides.

The talks are expected to resume, though no timetable has been set.

Jasper Lawler, head of research at London Capital Group, said: “The base case scenario is that a deal will still be achieved, it is just going to take a lot longer than the market had been pricing in over recent months.”

Brexit talks between the U.K.’s ruling Conservative Party and the opposition Labour Party were looking fragile as The Times reported a potential cabinet revolt. The paper said Tuesday’s cabinet meeting would see ministers pushing for a series of so-called indicative votes in Parliament rather than continuing talks with Labour, which some view as politically toxic.

Vodafone Group PLC VOD, -5.04%  shares slumped 5% on reports that it was planning to cut its dividend. According to the Sunday Times, the telecommunications company will announce at its first quarter earnings Tuesday that it needs the funds to pay for investments in 5G network space in Italy and Germany.

Thyssenkrupp AG TKA, -6.01%  dropped nearly 7% after rising dramatically Friday on news that the German industrial firm had abandoned its plan to split itself in two because of concerns among both regulators and investors. Reports indicate the company is now planning an initial public offering (IPO) of its elevators business, as well as 6,000 job cuts. Shares had jumped more than 20% Friday.

Centrica PLC CNA, +3.22%  shares were up 2% as investors rewarded the energy utility for not delivering results as bad as had been expected. The company formerly known as British Gas warned that headwinds ranging from the U.K. government’s energy price cap to warmer than normal temperatures had dampened its first quarter, and that they were weighing on its full year outlook.

Russ Mould, investment director at AJ Bell, said: “British Gas used to be a trusted brand—now its reputation has been tarnished by talk of substandard customer service and expensive bills.

“With so much choice in the energy market, Centrica cannot afford to fail on service and cost which means it is going to have to reinvent itself.”

The dark reason so many millennials are miserable and broke