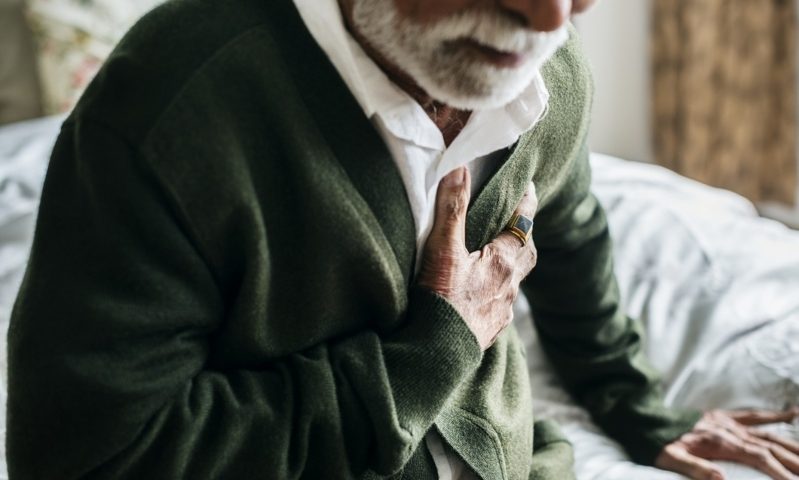 A fast diagnosis is essential when dealing with a possible heart attack. Typically, emergency room clinicians scan the chest for signs using either an ultrasound or an electrocardiogram, or send away for a blood test that could take an hour or more.

But now, researchers have shown it may be possible to detect potentially severe heart damage in less than 10 minutes using only a saliva sample, and they’re aiming to build a tailor-made test to do it.

Their preliminary work follows the heart protein troponin, which is released into the bloodstream by the cardiac muscle after suffering from a lack of oxygen due to a blocked artery. Some of this troponin makes its way into the mouth, where it mixes with the numerous proteins produced by the human body.

“There is a great need for a simple and rapid troponin test for patients with chest pain in the pre-hospital setting,” said study author Roi Westreich of Soroka University Medical Centre in Israel, whose team’s work was presented at the annual congress of the European Society of Cardiology.

At first, the researchers didn’t have a spit test capable of proving their theories. Instead, they developed a novel procedure to process and purify saliva samples, allowing them to be run on commercially available troponin tests designed for blood.

By filtering out the most common proteins found in saliva and concentrating the remainder, the researchers were able to detect 84% of positive samples, taken from 32 patients hospitalized with a heart injury. Similar samples from healthy volunteers showed no response to the test.

“Further research is needed to determine how long troponin stays in the saliva after a heart attack,” Westreich said. “In addition, we need to know how many patients would erroneously be diagnosed with heart attack and how many cases would be missed.”

Going forward, the researchers expect a purpose-built saliva test for cardiac troponin to be even more accurate. “It will be calibrated to show positive results when saliva troponin levels are higher than a certain threshold and show a yes/no result like a pregnancy test,” Westreich said.