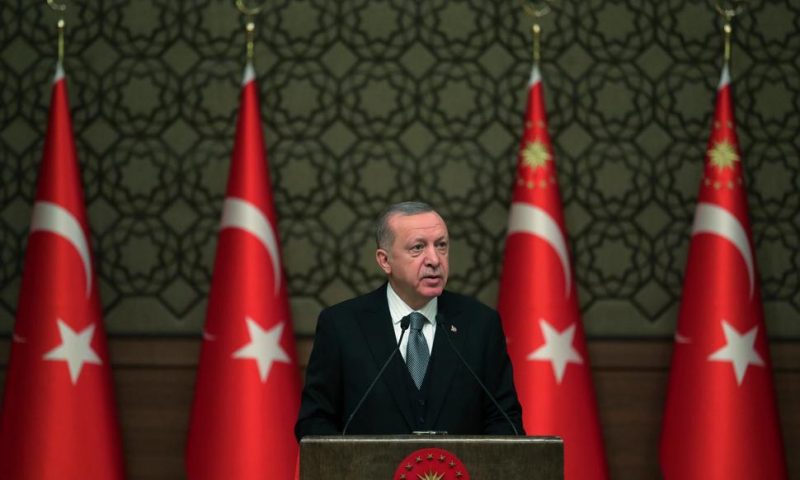 Turkey’s president has said the country was already sending Turkish soldiers to Libya, where Ankara is supporting the embattled U.

ISTANBUL — Turkey’s president said Sunday that the country was deploying military units to Libya, where Ankara is supporting the embattled U.N.-recognized government in Tripoli.

Turkey’s parliament authorized the deployment of troops to Libya on Thursday, following a separate deal on sending military experts and weapons signed into law in December.

“The goal of the Turkish armed forces is not to fight, but to ensure a cease-fire in Libya” while supporting the government in Tripoli, Erdogan said, calling it the “legitimate government.” Erdogan’s comments were carried by broadcaster CNN Turk.

The Tripoli-based government of Libyan Prime Minister Fayez Sarraj has faced an offensive by the rival regime in the east and forces loyal to commander Gen. Khalifa Hifter. The fighting has threatened to plunge Libya into violent chaos rivaling the 2011 conflict that ousted and killed longtime dictator Moammar Gadhafi.

Ankara supports Sarraj’s government along with Italy and Qatar.

The eastern government is supported by France Russia, Jordan, the United Arab Emirates and other key Arab countries.