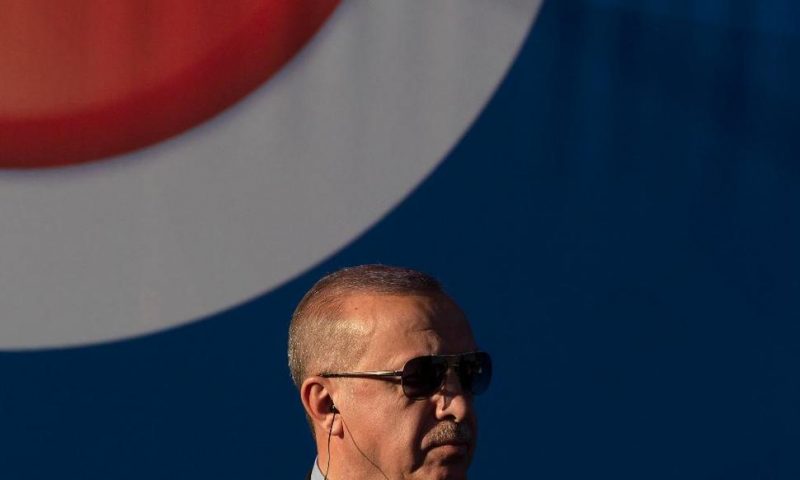 Erdogan spoke Tuesday after a joint meeting in Belgrade with the three members of Bosnia’s multi-ethnic presidency and Serbia’s President Aleksandar Vucic.

On the second day of his visit to Serbia, Erdogan also attended a ceremony inaugurating a Turkish-financed highway that will link Belgrade with Bosnia’s capital of Sarajevo. The highway is part of efforts to boost cooperation between the former wartime foes.

“We are witnessing a historic moment for our countries,” Erdogan said at the ceremony in Sremska Raca, on Serbia’s border with Bosnia.

Ankara has pledged 3 billion euros ($3.2 billion) of financing for the highway’s construction.

Long after the 1992-95 war in Bosnia ended with about 100,000 people killed, the country remains ethnically divided between majority Muslim Bosniaks and Serbs and Croats. Disagreements over relations with NATO have blocked the formation of a new government a year after a general election.

Erdogan said the future highway will bring Serbia and Bosnia closer together and turn the Balkans into a more prosperous region.

He warned that the work “cannot efficiently continue” without the formation of Bosnia’s government.

The work starts first in Serbia. Because of the political impasse in Sarajevo, Bosnia is still in the preparatory stage.

“The problems with the government have to be solved,” Erdogan said.

The formation of a Bosnian government has stalled largely because the pro-Russian Bosnian Serb leader Milorad Dodik has rejected closer ties with NATO, unlike the other members of Bosnia’s presidency.

Erdogan has said he wants to help build peace in the Balkans, where Turkey maintains influence among Bosniaks stemming from centuries-long Ottoman rule.

US Dips in Competitiveness Index as Singapore Takes Top Spot