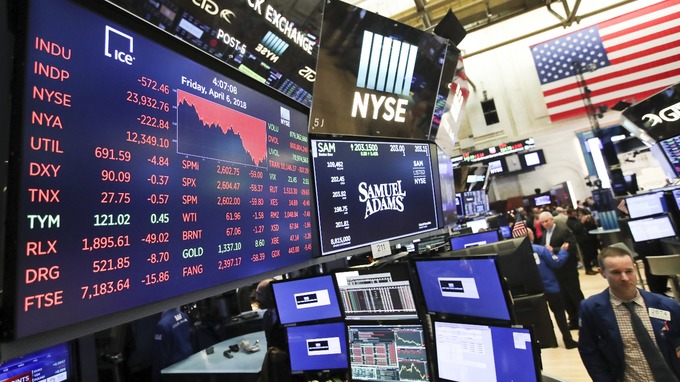 Trump easing concerns over the US -Sino trade war saw Wall Street rebound on turnaround Tuesday, after a wild start to the trading week. The President soothed the markets with comments that he is willing to negotiate with China on trade. The Dow rocketed over 400 points, whilst the S&P and Nasdaq jumped 1.6%. These are the most encouraging comments that we have heard from Trump regarding the trade war, which is providing a glimmer of hope to traders that Trump could be turning a corner on this policy ahead of the midterm elections.

Trump’s words lifted Asian markets overnight and are putting European bourses on track for a positive start to trading, after a terrible month for global equities. Should we see an easing in stance from the White House, it will be well received by China. Latest data shows that Chinese factory growth was the weakest in 2 years, a sign of deepening cracks in the economy amid the trade war.

Facebook’s update didn’t spook the markets. Investors breathed a sigh of relief after the tech giant reported an increase in user growth, revenue and profits. User growth missed analysts’ expectations, but investors have shrugged this off, clearly relieved that figures weren’t worse, given the souring sentiment towards the FAANG’s.

On a data-heavy day, there are plenty of risk events for traders to keep an eye on. Firstly, UK earnings from bellwether Next will keep the struggling UK retail sector under the spotlight. UK consumer confidence data highlights the growing divergence between morale in the UK and the US. Finally, eurozone inflation numbers, when combined with yesterday’s weaker GDP data, could keep the pressure on the euro.

Whilst the pound remains under pressure, the dollar extended gains overnight, hovering around a 16-month high versus a basket of currencies. US ADP payrolls are in focus later today and are expected to show a robust private sector jobs market ahead of the NFP on Friday. The pound could slip lower versus the dollar again today, targeting $1.2668 (August’s low) in the near term.

US equities closed higher, rallying into the end of a red October

Equities Rebound Despite Slowing Growth, EU Up On Earnings, GM Led Markets In The US