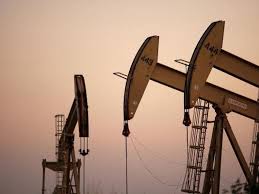 SunCoke Energy (NYSE:SXC) last posted its quarterly earnings results on Tuesday, February 5th. The energy company reported $0.03 earnings per share for the quarter, missing the Thomson Reuters’ consensus estimate of $0.05 by ($0.02). The company had revenue of $224.60 million for the quarter, compared to analyst estimates of $339.45 million. SunCoke Energy had a return on equity of 3.89% and a net margin of 1.81%. The firm’s revenue for the quarter was down 4.6% compared to the same quarter last year. During the same period last year, the firm earned $0.65 EPS.

SunCoke Energy, Inc operates as an independent producer of coke in the Americas. The company operates through three segments: Domestic Coke, Brazil Coke, and Logistics. It offers metallurgical and thermal coal. The company also provides handling and/or mixing services to steel, coke, electric utility, coal producing, and other manufacturing based customers.