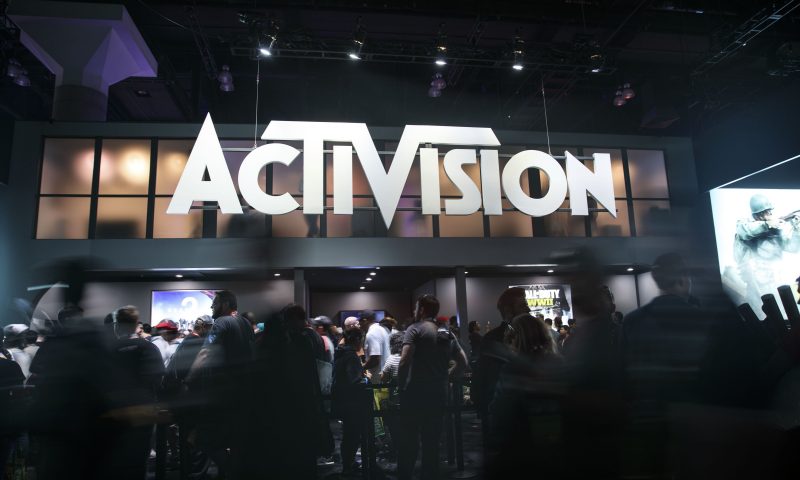 Activision Blizzard, Inc. (NASDAQ:ATVI) – Equities research analysts at KeyCorp raised their FY2020 earnings per share estimates for Activision Blizzard in a note issued to investors on Tuesday, December 10th, according to Zacks Investment Research. KeyCorp analyst T. Parker now expects that the company will post earnings per share of $2.33 for the year, up from their previous estimate of $2.28.

Activision Blizzard (NASDAQ:ATVI) last announced its quarterly earnings data on Thursday, November 7th. The company reported $0.32 earnings per share (EPS) for the quarter, beating the consensus estimate of $0.23 by $0.09. Activision Blizzard had a net margin of 23.66% and a return on equity of 13.91%. The company had revenue of $1.21 billion during the quarter, compared to analysts’ expectations of $1.15 billion. During the same quarter in the prior year, the company earned $0.52 EPS. Activision Blizzard’s revenue was down 27.1% compared to the same quarter last year.

In related news, COO Collister Johnson sold 3,800 shares of the firm’s stock in a transaction on Wednesday, November 13th. The stock was sold at an average price of $52.43, for a total value of $199,234.00. Following the completion of the transaction, the chief operating officer now directly owns 280,983 shares of the company’s stock, valued at $14,731,938.69. The sale was disclosed in a document filed with the SEC, which can be accessed through the SEC website. 1.29% of the stock is owned by company insiders.