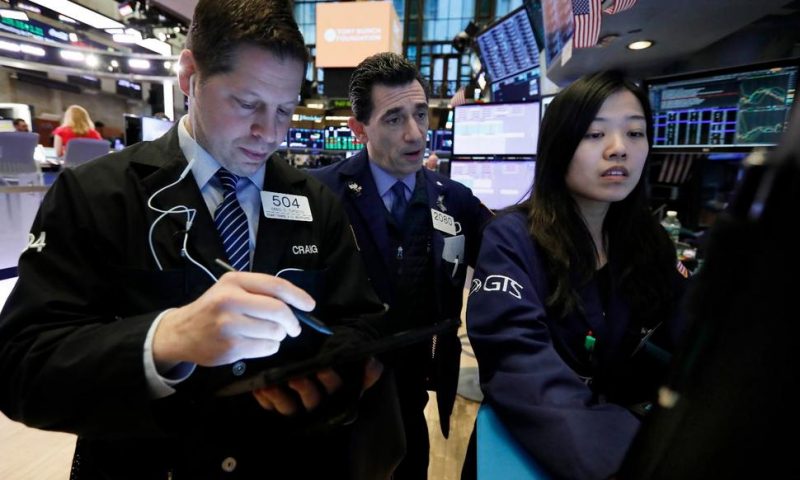 The market’s downward tilt came as investors continued to weigh remarks on Wednesday by the head of the Federal Reserve that appeared to dim prospects for an interest rate cut this year.

“You got a continuation of what you saw yesterday,” said Willie Delwiche, investment strategist at Baird. “You saw stock market weakness, you saw bond yields rising and you saw the Fed funds futures continuing to shift away from pricing in a rate cut in the near future.”

The S&P 500 index is up 16.4% for the year and notched three straight all-time highs before finishing lower Wednesday after the remarks by Federal Reserve Chair Jay Powell.

In those remarks, Powell played down the possibility of an interest rate cut this year and restated the central bank’s message that there will likely be no rate hikes in 2019.

Those comments made it seem like investors had a “less supportive Fed” than they anticipated, said Brad McMillan, chief investment officer for Commonwealth Financial Network.

McMillan noted that a pullback in stocks was likely because they have been gaining so much over the last few weeks.

“We ran up to new highs again and I think the markets are getting a little bit nervous about that,” he said.

The U.S. stock market has been riding high this year as it’s made its way back from a nosedive at the end of 2018. The Fed spurred the market’s recovery earlier this year when it signaled that it would take a patient approach to raising interest rates.

On Thursday, a slide in crude oil prices helped drag down energy stocks. The sector fell 1.7%, more than triple the declines in the technology and communications sectors.

Marathon Oil dropped 6.1% after the company reported revenue that fell short of estimates.

Among media companies, Fox Corp. and Discovery Inc. each fell more than 5%.

Investors were treated to a mostly mixed batch of corporate earnings reports Thursday.

Fluor was the biggest loser in the S&P 500. The engineering and construction company plunged 24.1% after it reported a huge quarterly loss and issued an earnings forecast that was far below what analysts were expecting.

Sports apparel company Under Armour gained 3.5% after it reported first quarter results that beat Wall Street forecasts. It also raised its profit forecast for the year.

Online games maker Zynga climbed 5.6% after raising its revenue forecast for the year.

Earnings reporting season is more than a third of the way through and the results have been better than investors had expected. Analysts had been predicting a slump in profits and their worst fears have not materialized.

The market seemed to approve of Tesla’s decision to attempt to raise more than $2 billion in a stock and debt offering. The electric car maker reported a shrinking balance sheet and falling sales during the first quarter and CEO Elon Musk had suggested it might need to raise more money. The stock rose 4.3%.

Traders also proved hungry for Beyond Meat, which soared in its stock market debut. Shares in the maker of plant-based burgers and sausages zoomed more than twofold above their opening price of $25 each.

The company is the latest in a string of high-profile IPOs this year, including Slack, Lyft and Zoom.

Bond prices fell. The yield on the 10-year Treasury note, which influences mortgages and some other loans, rose to 2.54% from 2.51% late Wednesday.