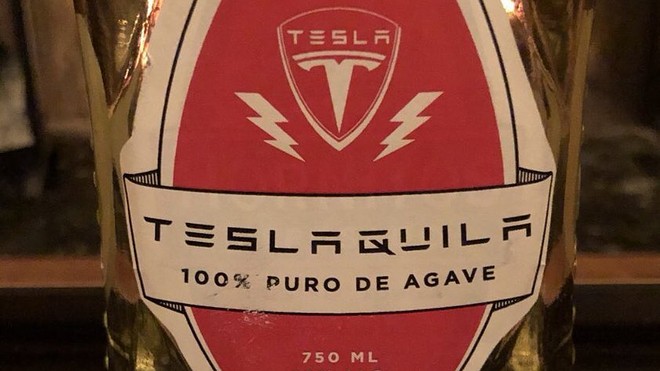 Elon Musk may once again face a problem with regulators — this time over a potential Tesla-branded tequila.

Reuters reported Wednesday that Mexico’s Tequila Regulatory Council, an industry group that determines what be called “tequila” in Mexico and the U.S., said Musk’s proposed “Teslaquila” must adhere to strict rules or it cannot be called tequila.

In October, Tesla Inc. TSLA, +1.56% moved to trademark the name “Teslaquila,” as a “distilled agave liquor” or “distilled blue agave liquor,” and Musk tweeted a photo of a mockup bottle label, saying it was “coming soon.”

But the tequila group, known by its initials CRT, just laid down a major speed bump, opposing the trademark request. The “name ‘Teslaquila’ evokes the word Tequila … (and) Tequila is a protected word,” the CRT said in a statement, according to Reuters. “If it wants to make Teslaquila viable as a tequila it would have to associate itself with an authorized tequila producer, comply with certain standards and request authorization from Mexico’s Industrial Property Institute.”

In short, if the CRT doesn’t give its blessing, it can’t legally be called tequila.

A Tesla spokesperson said Wednesday night that the liquor will comply with all the requirements, and the company expects CRT approval.

Musk, however, replied to a tweet from the blog InsideEVs, saying, perhaps jokingly: “We will fight Big Tequila!”

CannTrust makes its case as a major Canadian weed producer