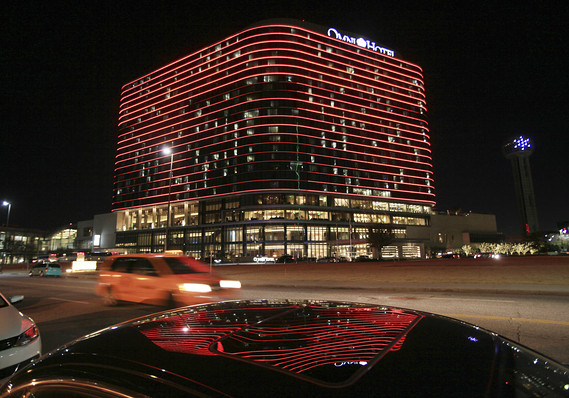 Business investment not as weak as it seemed during the summer

The numbers: A torrid U.S. economy blazed a 3.5% pace of growth during the summer and boosted corporate profits to the highest rate in six years, fresh government figures show.

The increase in gross domestic product — the official measuring stick of the economy — was unchanged from the original finding. Economists polled by MarketWatch had forecast third-quarter GDP to be revised up to 3.6% annual rate. 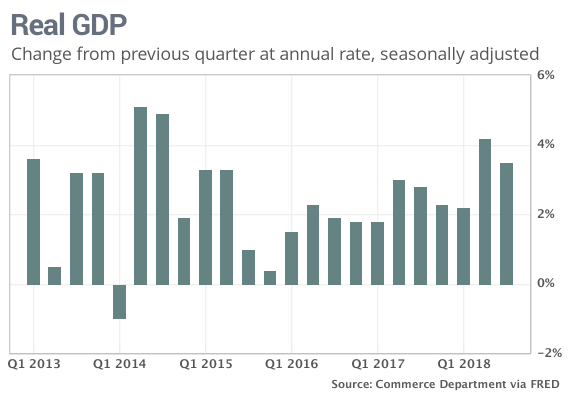 Adjusted corporate earnings before taxes rose 3.4% in the third quarter.

More notably, profits in the past 12 months have climbed at a heady 10.3% clip, the fastest increase since 2012.

What happened: Although the increase in GDP was unchanged, the revised report shows marked changes in how well some segments of the economy performed.

Households and state and local governments spent less than originally reported, for one thing. And business investment was not as weak as initially believed.

Consumer spending, the main engine of the economy, rose at a 3.6% pace instead of 4%. It turns out that Americans actually reduced spending on new cars and trucks instead of spending more.

The increase in state and local government spending was trimmed to 2% from 3.2%.

Investment in equipment climbed 3.5% vs. virtually no increase in the preliminary estimate. And spending on structures such as office buildings and drilling rigs fell just 1.7% instead of 8%.

The production of unsold goods, or inventories, was also stronger. They rose at a revised $86.6 billion annual rate vs. an initial $76.3 billion. Inventories add to GDP.

Exports fell at a slightly bigger 4.4% annual clip. The increase in imports was little changed at 9.2%. A bigger trade deficit subtracts from GDP.

The rate of inflation was marked down a notch to a 1.5%.

Big picture: Updates to GDP reports are mostly a look in the rear mirror instead of the road ahead. The economy exploded in the spring and summer, propelled by tax cuts, strong consumer spending and rapid business investment. The unemployment rate also fell to a 48-year low of 3.7%.

Growth is unlikely to be as strong in the final three months of 2018. Economists predict the U.S. will expand at a 2.7% pace in the fourth quarter. Some see even slower growth.

Although the economy is still quite sound, rising U.S. interest rates and ongoing trade tensions with China have dampened the outlook.

The big boost earlier this year from tax cuts and higher government spending is also starting to fade and business investment has softened. Even the high level of corporate profits has failed to mollify investors. Stocks have fallen sharply since hitting a record high in early October.

What they are saying? “The bottom line here is that the U.S. economy carried a good deal of momentum into the home stretch of 2018 and 2019 should be another year of solid growth, even if growth falls a bit shy of this year’s pace,” said Richard Moody, chief economist at Regions Financial.

Market reaction: The Dow Jones Industrial Average DJIA, -0.28% and the S&P 500 SPX, -0.36% surged by more than 500 points on Wednesday as the stock market made a bid for a third straight gain.

The 10-year Treasury yield TMUBMUSD10Y, -1.08% slipped a tick to 3.05%. Yields have tumbled after recently hitting a seven-year high.

This is the most prosperous country on earth