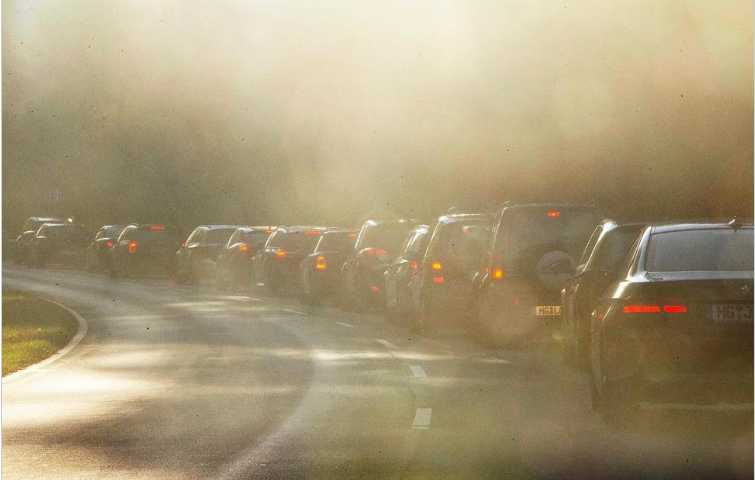 A panel of economists advising the German government says the country should put a price on climate-warming gases if it wants to meet its targets for reducing greenhouse gas emissions.

BERLIN — A panel of economists advising the German government is recommending that the country should put a price on carbon emissions if it wants to meet its targets for reducing the amount of greenhouse gases being released into the atmosphere.

In a report delivered Friday to German Chancellor Angela Merkel, the expert panel suggested that the government make transport and heating with fossil fuels more expensive, and end subsidies that currently encourage the use of gasoline, natural gas and coal.

Reflecting the political sensitivities involved, Merkel said her Cabinet would debate various proposals next week and try to agree by the end of September what measures to take to curb emissions.

“These won’t be easy decisions,” she told reporters in Berlin.

The country’s environment minister called last week for carbon taxes to be used at least in part to financially boost low-income households, but there has been pushback from Germany’s powerful auto lobby and lawmakers representing rural regions, where many rely on cars to commute to work.

Merkel indicated that she believes some sort of market-based mechanism is required because bans and other regulatory measures alone won’t be enough to meet Germany’s goal of cutting greenhouse gas emissions by 55% by 2030 compared with 1990.

The report suggests new measures such as a domestic carbon tax or emissions trading system can initially be introduced at the national level. But in the medium term they should be integrated in the European Union’s Emissions Trading System, or ETS, which currently covers utility companies and large industry.

Christoph Schmidt, one of the economists behind the report, noted that if Germany fails to meet its emissions reduction targets it will have to buy billions of euros’ (dollars’) worth of carbon credits from other countries under EU rules.

Asked how to explain to drivers and home owners that they’ll have to pay for carbon emissions, Schmidt said there is a fixed amount of greenhouse gases the atmosphere can still absorb before the Paris climate accord’s goal of keeping global warming below 2 degrees Celsius (3.6 Fahrenheit) becomes impossible.

Each country is entitled to put a certain amount of emissions in the atmosphere, he said. “And that will have a cost, too, just as parking spaces have a cost.”

US Producer Prices Rise a Modest 0.1% in June

Dutch Leader to Visit Trump for Talks on Trade, Defense