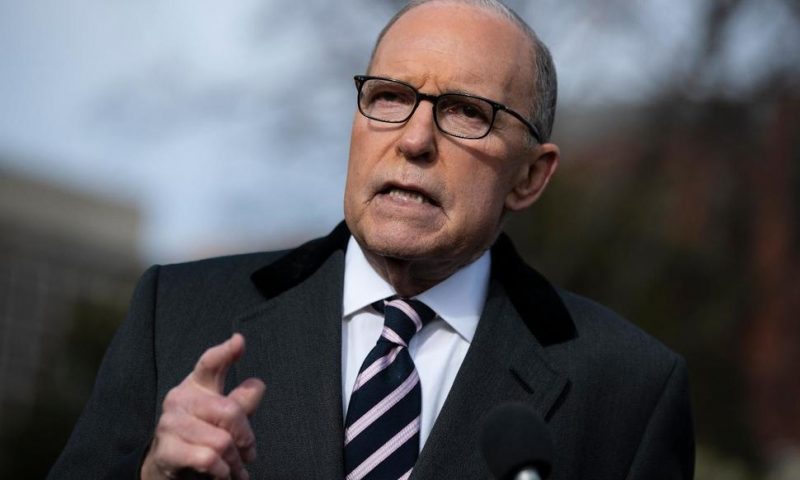 WASHINGTON — President Donald Trump’s economic adviser said Friday that he doesn’t think China is slow-walking trade talks with the United States to see whether Trump is reelected next year.

Larry Kudlow told reporters at the White House that he spent an hour on Thursday with a “grand, older American statesman” who recently visited China and saw Chinese President Xi Jinping twice. Kudlow said the statesman told him that Xi indicated that he’d rather continue to discuss and negotiate with Trump than anyone else.

Kudlow didn’t identify the statesman, but 96-year-old Henry Kissinger, the former secretary of state and national security adviser to President Richard Nixon, was photographed on stage at an economic forum late last month in Beijing. Kissinger’s office did not immediately return a call to confirm he met with Kudlow.

In May, Trump suggested that Xi was waiting to see who wins the 2020 U.S. presidential election. Trump tweeted an unsupported claim that China was attempting to renegotiate elements of the deal in the “sincere HOPE that they will be able to ‘negotiate’ with Joe Biden or one of the very weak Democrats, and thereby continue to ripoff the United States (($500 Billion a year)) for years to come.”

Kudlow also said he didn’t think Trump would be weakened in the trade negotiations if he is impeached by the House.

“Personally, I don’t think this impeachment stuff is going anyplace,” Kudlow said. “There may be an impeachment vote. There will be no conviction vote — that is my view. I think the Chinese know that and I think a lot of people know that.”

Amazon Says Delivery Times Back to Normal After Delays