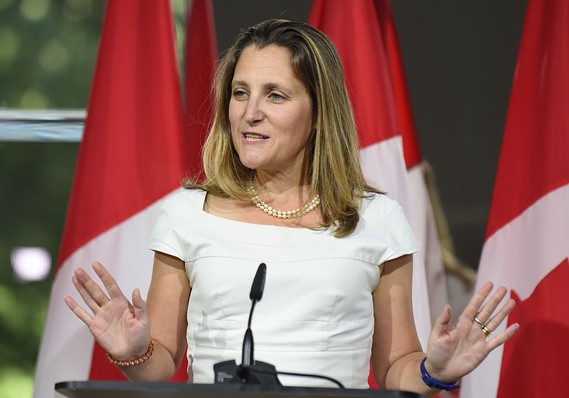 The Canadian government has entered intensive weekend trade talks with the Trump administration in hopes of reaching an agreement on a revised North American Free Trade Agreement before a U.S.-imposed Sunday deadline.

In a sign that Canada is pulling out all the stops, Foreign Minister Chrystia Freeland—her country’s lead Nafta negotiator—postponed a planned Saturday noon-hour speech at the United Nations General Assembly.

Ms. Freeland is now in Ottawa, with no plans as of yet to travel to Washington, said a person familiar with the government’s planning. Key stakeholders briefed by the Canadian government over the weekend said they were prepared for the possibility of an announcement as soon as Sunday.

It wasn’t clear as of Saturday afternoon whether the two sides had made significant progress in bridging differences over a wide range of issues. “Talks are intense,” one Canadian official said, adding “we won’t comment on timelines.” U.S. officials declined to comment.