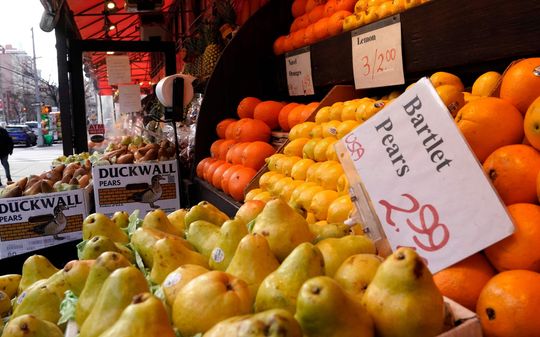 U.S. stock indexes closed with modest gains Wednesday, after a reading on inflation came in near a four-decade high.

What happened in markets

On Tuesday, all three indexes gained ground, with the Nasdaq Composite leading the way with a gain of 1.4%.

Stocks were buoyed Wednesday as investors exhaled with relief after the latest reading on inflation, while running hot, wasn’t worse than anticipated.

The consumer-price index posted a monthly rise of 0.5% in December, as prices rose by a near 40-year high of 7% from a year ago, while also indicating elevated U.S. inflation could persist well into 2022.

The gain in the consumer-price index exceeded the 0.4% forecast of economists polled by The Wall Street Journal. Increases were driven largely by elevated costs for food, shelter and used cars, even as energy prices briefly fell from recent highs.

A separate measure of consumer inflation that strips out volatile food and energy prices rose 0.6% last month, the government said Wednesday. That pushed the increase over the past 12 months to 5.5% from 4.9%—a 31-year high.

“Now the next test is will inflation pressure actually moderate,” Engelke said, in a phone interview. “I do believe it will, but I don’t think it will back off the 2% target range the market is expecting.”

“We still will have above-trend growth and above-trend inflation,” he predicted, adding that such a mix could reignite the recent sharp rotation by investors into value stocks, but away from growth.

Investors now also are eager for a blueprint from the Federal Reserve on how it plans on reducing its balance sheet, including potentially selling assets, a tool Chairman Jerome Powell didn’t rule out Tuesday, in his confirmation hearing for a second term at the helm of the central bank.

Cleveland Fed President Loretta Mester on Wednesday said she backs the central bank shrinking its balance sheet “as fast as we can,” so long as the pace doesn’t hurt financial markets. Bullard said he favored a “passive runoff” in which the balance sheet declines as assets mature without being replaced.

Should the Fed start selling Treasurys and mortgage-backed securities, instead of letting them roll off the balance sheet, it would mark “a major change in the past 10-12 years of monetary policy,” Engelke said.

“What’s going to happen if your biggest bond buyer now becomes a seller?”

In other economic news, the latest Federal Reserve Beige Book report on economic conditions showed solid growth in the ability of businesses to pass along price gains to customers in December, a departure from recent years.

How did other assets do?

Gold futures settle up a 4th session in a row