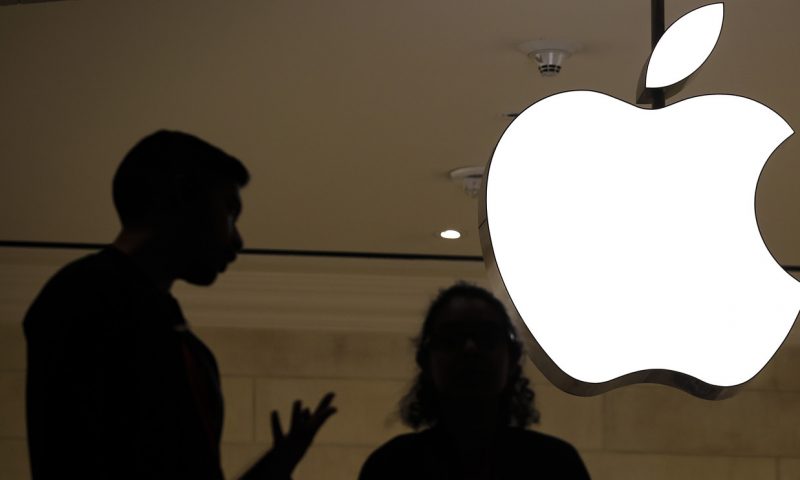 U.S. stocks ended lower Thursday but off their worst levels of the session as investors weighed mixed corporate earnings and a report that the federal government was considering retaliating against China for its handling of the coronavirus.

For the month, the Dow gained 11.1%, while the S&P 500 ended April up 12.7%, representing their best monthly gains since 1987 and their best April performances since 1938, according to Dow Jones Market Data.

The Nasdaq booked a monthly return of 15.5%, its best such advance since 2000 and the best April for the technology-laden index on record, while the Russell 2000 rose 14% for its best month since 2011 and its best April since 2009.

The pain facing many Americans was on stark display Thursday morning. Nearly 3.8 million people filed for unemployment benefits for the first time in the most recent week, the Labor Department said. That topped the consensus forecast among economists surveyed by MarketWatch, even as last week’s report was raised. The new tally shows that over 30 million Americans have lost their job since the start of the coronavirus pandemic.

Eurozone first-quarter GDP fell 3.8% compared with the fourth quarter. European data is reported on a quarter-on-quarter basis, so on an annualized basis, the economy fell 14.4%, worse than the U.S. annualized decline of 4.8%.

Stocks took a leg lower late morning after the Washington Post reported that the Trump administration was considering retaliatory actions against the Chinese government for its lack of transparency about the seriousness of the outbreak.

Earlier in the session, the European Central Bank provided a monetary-policy update, leaving interest rates unchanged, as expected, while further easing conditions for its existing targeted long-term refinancing operations, or TLTROs, and introducing a new program of non-targeted pandemic emergency longer-term refinancing operations, or PELTROs. In a press conference after the ECB’s decision, the central bank’s chief said economic growth in the Eurozone could slump much harder.

On Wednesday, Fed Chairman Jerome Powell emphasized the limits of central banks to tackle the pandemic and pointed to lawmakers to do more to control infections and provide sufficient funding to restart the economy.

But central-bank interventions are providing a support for stocks, even if market outperformance feels disconnected from real economic fundamentals.

And investors have taken heart from strong corporate reports from Facebook, Microsoft and Tesla late Wednesday, perhaps reflecting more optimism about the ability of technology stocks to be “on the right side of COVID-19,” Dillon said.

The concentration of stock-market gains among tech heavyweights has been somewhat concerning, Dillon said. “Narrow market leadership can only carry you so far.” But signs of life among small-cap stocks was heartening, he said. Small-cap stock performance is often seen as a measure of investor confidence in the economy.

European stocks closed sharply lower, with the Stoxx Europe 600 XX:SXXP down 2%, and the FTSE 100 UK:UKX retreating 3.5%.

The U.S. dollar US:DXY slumped 0.6% against a basket of currency trading partners, as measured by the U.S. Dollar Index.

How is MarketWatch’s oil-currency index performing?