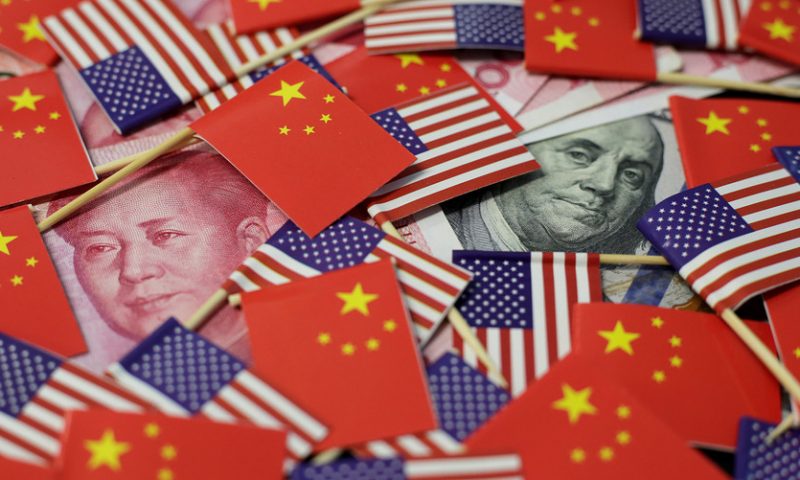 Stock buying returned to markets after technology sector losses. losses Mondayconcentrated in the Shares of chip makers bore the brunt of declines after technology companies in the U.S. and elsewhere said they have started to comply with the White House’s ban on China’s Huawei Technologies Inc.

U.S. officials said late Monday they would offer some temporary exceptions to an export blacklist against Huawei Technologies Co., which will provide some suppliers and customers of China’s telecom giant a 90-day reprieve from tough trade penalties — a move that appeared to soothe investor anxiety somewhat.

However, the rhetoric didn’t let up on Tuesday as the chief executive of Huawei, Ren Zhengfei, fired back against the blacklist for his company, saying the U.S. government is underestimating how powerful his company will be in 5G in a few years. He also said the company has been stockpiling chips, and, therefore, is well prepared for that ban.

Meanwhile, nearly 200 American footwear companies, including Nike Inc.NKE, +0.95%  and Under Armour Inc. UA, +1.44%  wrote a letter to U.S. President Donald Trump, asking him to remove proposed tariffs on imported shoes from China. The companies said it would be “catastrophic” for consumers, corporations and the U.S. economy.

What was on the economic calendar?

Existing-home sales fell 4.4% in April from a year earlier, and 0.4% below March levels, the National Association of Realtors said Tuesday. The median selling price in April was $267,300, a 3.6% annual increase.

Chicago Fed President Charles Evans gave a speech at the Atlanta Fed’s financial markets, conference where he discussed the need for the Fed to plan for the next recession, when it may once again confront the need to do more to stimulate the economy beyond lower interest rates to near zero.

Boston Fed President Eric Rosengren said in a speech to the Economic Club of New York that he sees “no clarion call” to raise interest rates soon and that “the Fed can afford to wait and see” before it takes action.

Late Monday, Federal Reserve Chairman Jerome Powell played down fears over a business debt boom, saying it isn’t the same threat that subprime mortgages were a decade ago.

Shares of Merck & Co. Inc. MRK, +0.79% were in focus Tuesday, after the pharmaceutical giant said Tuesday that it had reached a deal to acquirePeloton Therapeutics Inc. PLTX, +0.00% for an upfront payment of $1.05 billion in cash. Peloton, a biotech firm focused on cancer treatments was set to price an initial public offering Wednesday. Shares of Merck gained 0.8%.

“The market is responding to the Trump administration backpedaling a bit on Huawei, which suggests that we are moving toward rather than away from a trade agreement, and that’s what the market wants to hear,” Crit Thomas, global market strategist with Touchstone Investments, told MarketWatch.

“Stepping back, investors are dealing with a mixed bag,” when looking at economic data and corporate earnings, he added. “Fiscal stimulus is starting to wane. I believe we are late cycle and we’re at an all-time high in terms of profit margins, which creates uncertainty. At the same time, the consumer is employed, wages are growing and confidence is high.”

“Following the White House’s attempt to tighten the trade screws on China via blacklisting Huawei last week…the U.S. government has rowed back slightly on the issue,” wrote Connor Campbell, financial analyst at Spreadex in a Tuesday note.

“Now Huawei has 90 days to continue doing business with its American manufacturers, in order to get its house in order and ‘determine appropriate long term measures’ for those providers that rely on the company’s equipment before it occupies a more permanent . . spot on the U.S. Entity List,” he added. “Though this reversal is arguably a sign of a government working purely on impulse rather than considered strategy, the markets were buoyed by the perceived — if potentially brief — cooling of trade tensions.”