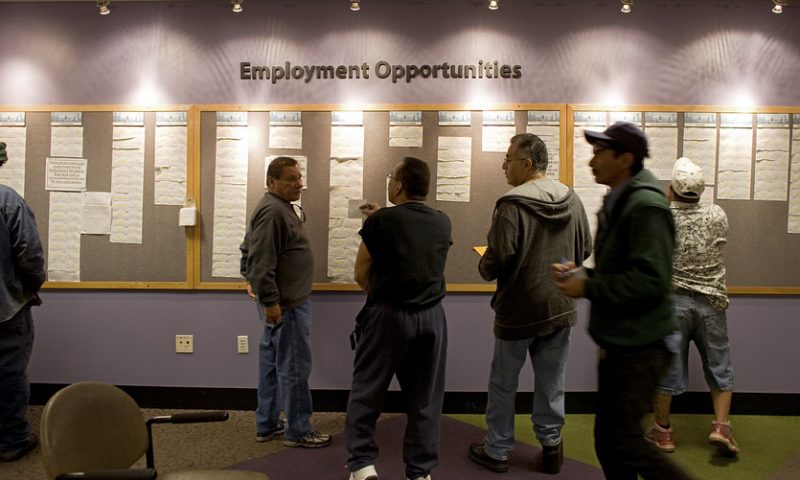 U.S. stocks closed sharply higher Friday, with the Dow Jones Industrial Average having its best day in two months, after the employment report from the Labor Department beat economists’ consensus expectations, showing an estimated 266,000 new jobs created in November, the most since January, while the unemployment rate fell to a 50-year low.

Investors also remained optimistic about the chances of a U.S. — China trade deal, even though the deadline that will see import duties increased looms on Dec. 15.

How did the major benchmarks perform?

The U.S. economy created 266,000 new jobs in November, the Labor Department reported, the biggest gain since January, signaling the labor market remains robust even though economic growth has slowed. The government also revised the increase in new jobs in October to 156,000 from 128,000 and September’s gain was raised to 193,000 from 180,000.

The increase in new jobs easily topped the 180,000 MarketWatch forecast, helped by the end of the General Motors GM, +0.65% autoworkers strike which added roughly 50,000 jobs to the payrolls number.

“Today’s jobs report should have the Fed feeling good about the current stance of policy of remaining on hold at 1.50-1.75%,” Michelle Meyer, Bank of America Merrill Lynch’s chief U.S. economist wrote in a note. “Moreover, the strong employment activity suggests that the economy is in a better spot than previously thought to withstand any potential drag from the US-China trade war and other geopolitical risks in the outlook.”

In other U.S. economic data, the University of Michigan’s December consumer-sentiment indicator rose to 99.2 from 96.8 in the prior month.

Meanwhile, U.S.-China trade talks also remain in the spotlight ahead of the Dec. 15 deadline for $156 billion in new tariffs on consumer goods to take effect.

China’s State Council on Friday began the process of exempting some soybeans and pork imported from the U.S. from import tariffs, the state-run Xinhua News Agency said, a move taken as a sign of progress on at least a partial trade pact. The Wall Street Journal reported earlier in the week that the value of the farm goods China will buy from the U.S. is still an issue, as trade representatives in China are still pushing for a phaseout of earlier tariffs.

The U.S. and China are in an “intense” phase of trade talks, but a deal is “in fact close,” though President Trump was prepared to walk away if he did not get the terms wanted, White House National Economic Council director, Larry Kudlow told CNBC on Friday morning.

3M MMM, +4.32% was the Dow’s best performing stock, advancing 4.3% after a report that is drug delivery business was being sold.

Oil futures climbed on Friday, with prices posting a hefty weekly gain, after OPEC and its allies agreed to officially cut production by 500,000 barrels a day on top of its current reduction agreement, beginning in January. West Texas Intermediate crude for January delivery CLF22, +1.20% on the New York Mercantile Exchange rose 77 cents, or 1.3%, to settle at $59.20 a barrel, a 7.3% gain on the week, according to Dow Jones Market Data.