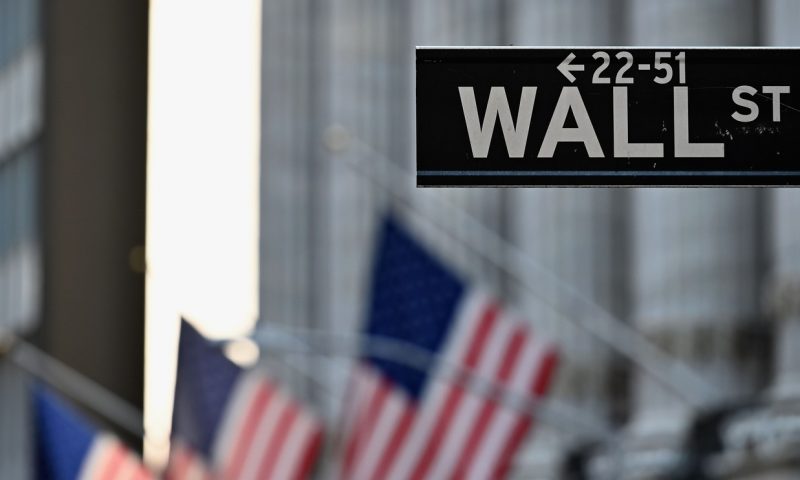 U.S. stocks on Tuesday ended sharply lower, with the S&P 500 snapping its 5-day win streak, as investors grew wary of the economic, public-health and policy response to the coronavirus pandemic.

Equities lost steam after the White House reiterated a call to cap the next round of COVID-19 stimulus at $1 trillion or less, but accelerated their losses in the final hour of trade, after several Federal Reserve officials warned of challenges to the economy as infection rates soar across several states.

Nagging unease over the outlook for the global economy in the midst of rising U.S. coronavirus infections helped dampen the buying mood on Wall Street.

The White House added to those concerns Tuesday when Vice President Mike Pence’s top aide said the Trump administration wants Congress to cap the next COVID-19 stimulus package at $1 trillion or less, during an interview with Bloomberg Radio.

“There’s obviously been a lot of stimulus put in the system over the last couple bills, and so the price tag for us would be that,” said Marc Short, Pence’s chief of staff.

Jon Adams, senior market strategist at BMO Global Asset Management, pointed to the interview as one of the reasons why the stock rally took a breather Tuesday. “It’s really clear to us that policy is driving markets and seems to be the only thing that matters,” he told MarketWatch. “We’re constructive on risk assets, but perhaps a bit less so than a few months ago.”

While calls from the Republican ranks for limits on further coronavirus relief aren’t new, the latest salvo from the White House comes as U.S. coronavirus cases neared 3 million, and Arizona, California, Texas and other states were expressing concerns about their hospitals rapidly filling up.

The Trump administration also on Tuesday began the formal process of withdrawing from the World Health Organization, starting the clock on a one-year exit timeline and jeopardizing its top funding source for aid during a global pandemic.

Earlier in the session, investors drew some hope from an employment report that showed a record 6.5 million people either found jobs or were rehired in May, following a prolonged shutdown due to the coronavirus that drove the U.S. into a deep recession.

Job openings also rose to 5.4 million in April from 5 million in the prior month, according to a Labor Department report that’s released with a one-month delay. The number of jobs available was running around 7 million before the pandemic.

However, San Francisco Fed President Daly said Tuesday the U.S. unemployment rate underestimates the economic damage of the virus, while Richmond Fed President Barkin said the central bank still has “more to do” with the jobless rate at 11.1%, during a virtual talk on the pandemic at the National Association for Business Economics.

During a separate online talk, Atlanta Fed President Raphael Bostic said COVID-19 may be threatening the pace of the U.S. recovery, according to a Bloomberg report, a day after he described the recovery as “leveling off,” and raising doubts about a V-shaped, or swift and powerful, economic rebound.

The warnings come as some states roll back business reopenings with COVID-19 cases soaring. Dr. Anthony Fauci, the director of the National Institute of Allergy and Infectious Diseases, said Tuesday that the U.S., unlike much of Europe, is now seeing “the consequence of community spread, which is even more difficult to contain.”

Market participants also attributed some of the day’s malaise to dimming outlook for quarterly corporate earnings reports, even though they are widely expected to be poor, given the challenges posed by the pandemic.

Refinitiv’s latest earnings scorecard has the S&P 500 index’s second quarter, year over year, blended earnings growth estimate at negative 43.4%, while noting the growth rate for the index drops to negative 38.2% if the battered energy sector is excluded.

On the global front, the Organization for Economic and Cooperation and Development said on Tuesday that unemployment will reach the highest level since the Great Depression and may not return to pre-crisis levels until 2022. In addition, the European Commission lowered its eurozone economic forecast by a percentage point, predicting a contraction of 8.7% this year.

How did other assets perform?

The greenback rose 0.3% against a basket of its major rivals, based on trading in the ICE U.S. Dollar Index. DXY, -0.28%

Merck teams up with cancer startup Foghorn in $425M deal