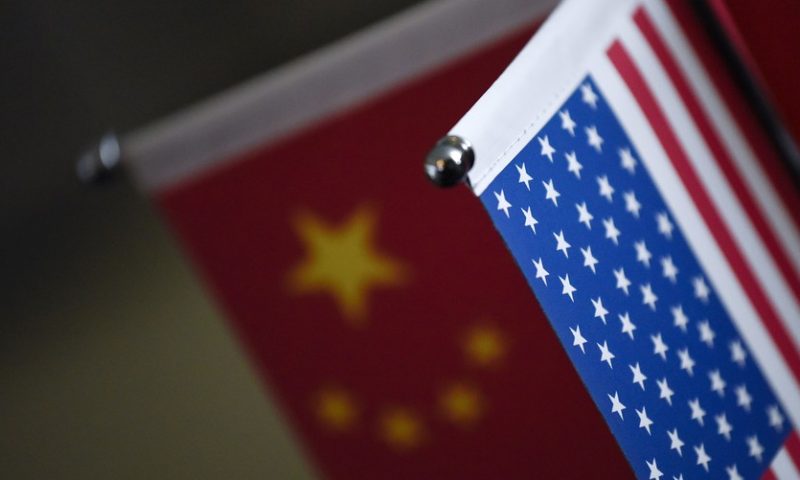 Early in the session, major indexes flipped between modest gains and losses after Federal Reserve Chairman Jerome Powell left the door open for another interest rate cut in September in a widely anticipated speech in Jackson Hole, Wyoming.

The drop left the major indexes with their fourth consecutive weekly loss, with the Dow down 1% since last Friday, while the S&P 500 saw a 1.4% drop and the Nasdaq declining 1.8%.

Trouble kicked off ahead of Friday’s open, with China announcing new tariffs of 5% and 10% on $75 billion in U.S. imports, set to go into effect in two tranches, on Sept. 1 and Dec. 15, respectively. The Chinese government said that the move was in response to the Trump administration’s plans to institute 10% tariffs on $300 billion in Chinese imports, also in two stages and on the same dates, announced earlier in August.

The move drew a furious response from Trump, who tweeted that he had “hereby ordered” U.S. companies “to immediately start looking for an alternative to China.” While it wasn’t clear what legal authority Trump might have to force businesses to act, analysts said the shift in rhetoric raised alarms over the potential impact on the global economy.

“We always see a selloff when we escalate tensions,” said Art Hogan, chief market strategist for National Securities, in a phone interview. “I would argue that this recent escalation is a different flavor of retaliation when you ‘hereby order’ companies to stop doing business.”

Trump also blasted Powell in a tweet for apparently not sounding a more dovish tone about monetary policy in his Jackson Hole speech:

The president branded Powell an “enemy,” taking the long-running tensions between the White House and the Federal Reserve — a traditionally adversarial relationship — “to a whole new level,” Hogan said.

In the speech, Powell was seen leaving the door open for another interest rate cut at the central bank’s next meeting Sept. 17-18, saying, “We have seen further evidence of a global slowdown,” since the Fed’s last meeting in July.

At the same time, he said “the U.S. economy has continued to perform well overall” while “ inflation seems to be moving closer to 2%,” the Fed’s goal for annual inflation. Low inflation was a main justification for cutting rates last month.

“It’s not too surprising that he was vague, and intentionally so,” said Randy Frederick, vice president of active trading strategies and derivatives at Charles Schwab. “He wants to be nimble and he doesn’t want the market to move on what he said.”

HP Inc. HPQ, -5.92%  shares fell 5.9%, after the PC and printer manufacturer announced a Enrique Lores would assume the CEO role effective Nov. 1, along with third-quarter results that matched analyst expectations.

Hasbro Inc. HAS, -8.94%  announced plans late Thursday to acquire the British firm Entertainment One Ltd ETO, +31.94%, in a deal that values the company at $4 billion. The toy maker’s stock retreated nearly 9%.

U.S. Treasury yields fell sharply as haven seeking investors snapped up government paper. The yield on the 10-year Treasury noteTMUBMUSD10Y, -4.88% ended below the 2-year yieldTMUBMUSD02Y, -5.87%  after briefly inverting on an intraday basis last week and earlier this month. An inverted curve is seen as an often reliable warning signal of recession, albeit with a lag.

The U.S. dollar fell, with the closely watched ICE U.S. Dollar Index DXY, -0.92%, a measure of the currency against a basket of six major rivals, down 0.4%.