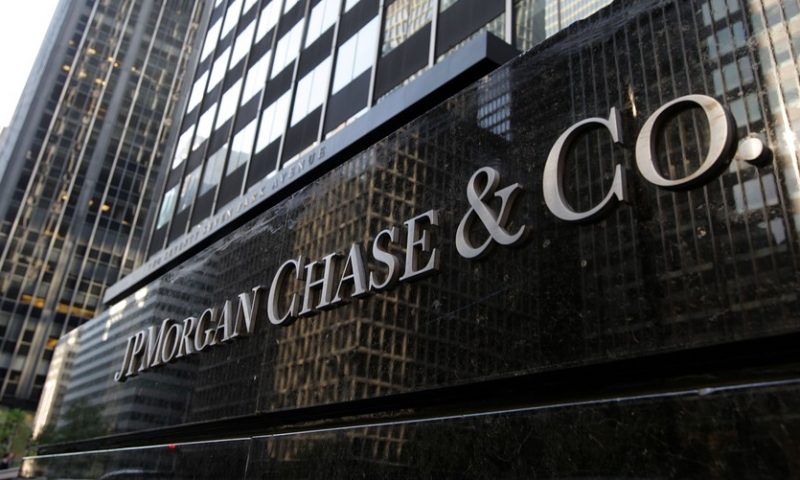 U.S. stocks finished at more-than-three-week highs Tuesday, as investors cheered a raft of largely upbeat corporate earnings reports, while considering the implications of a partial U.S.-China trade deal announced last Friday and the possibility of a breakthrough in Brexit negotiations.

Shares of JPMorgan Chase & Co. JPM, +3.01% rose 3% after reporting revenue and earnings that rose more than expected on the back of its consumer banking division, while Wells Fargo & Co. WFC, +1.70% was also up after it reported a surprise increase in revenue, though its third-quarter profits fell more than expected.

UnitedHealth Group Inc. UNH, +8.16%  provided Tuesday’s most impressive earnings release, after earnings and revenue came in above expectations and after the health-care services company raised its full-year outlook. Shares rallied 8.2%, pacing gains for the Dow and S&P 500.

“First the fears with China have been alleviated, now it looks like Brexit negotiations are all but signed, sealed and delivered,” MUFG chief economist Chris Rupkey said. “One by one the major global risks to U.S. economic growth are falling by the wayside which gives investors the green light to back up the truck and buy lots of stocks.”

However, S&P 500 corporate earnings are expected to fall 4.6% in the third quarter, according to FactSet. This would be the first time that index company earnings have fallen for three straight quarters since the fourth of quarter of 2015 through the second quarter 2016, according to FactSet analyst John Butters. However, corporate buybacks are again seen supporting earnings per share.

“Corporate America is unlikely to deliver much, if any, earnings growth in the third quarter,” said John Lynch, chief investment strategist at LPL Financial. “However, we think better days lie ahead. We expect progress on trade to keep U.S. economic growth at or above the trend for the current economic expansion. The U.S.-China trade conflict is unlikely to be resolved anytime soon, but we believe any small steps forward could increase business confidence and spark capital investment, lifting corporate profits.”

Enthusiasm over a U.S.-China trade deal boosted stocks at the end of last week, but analysts said a lack of detail around planned tariff increases and other elements damped enthusiasm, leaving stocks to drift lower on Monday.

Speaking with reporters in London, St. Louis Fed President James Bullard said investors might be too optimistic about how long it takes to reach trade deals. Bullard dissented last month from the Federal Reserve’s decision to cut interest rates by a quarter point, calling instead for half-point decrease.

In its World Economic Outlook, published Tuesday, the IMF sees global economic growth falling to 3% this year, the slowest pace since the 2008 financial crisis.

Shares of BlackRock Inc. BLK, +2.36%  gained 2.4% after reporting a smaller-than-expected fall in profit.

Gold futures declined on Tuesday to post their lowest settlement month to date, as investors awaited clarity on U.S.-China trade talks and as earnings season starts on a positive note.

Netflix has history on its side heading into earnings