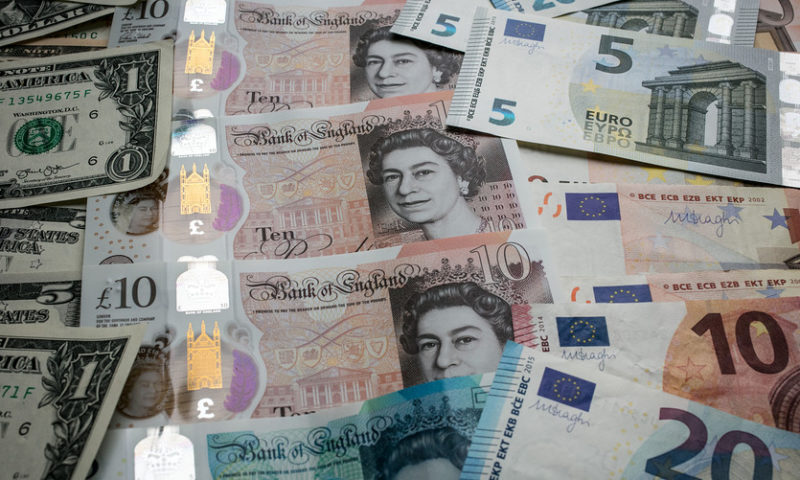 Currency traders are watching as the risk and rhetoric around recent themes—like Italy’s budget, Brexit and U.K. leadership—are heating up once more.

In the U.K., Prime Minister Theresa May is due to update members of parliament on her Brexit deal later in the day amid speculation that she will face a leadership challenge.

The week ahead is laced with central bank decisions, including the Bank of Canada, which is expected to raise interest rates by 25 basis points on Wednesday. Sweden’s Riksbank and Norway’s Norges bank are also meeting Wednesday, ahead of the European Central Bank on Thursday. Investors will be watching for further details as the ECB moves closer to winding down its asset purchases in December.

In other European affairs, Italy said to go head with a budget proposal that would breach European Union budget guidelines. Brussels could in return fine the country. Investors have been fretting over the future of Rome-Brussels relations, also because Italy is the eurozone’s third largest economy.

On Friday, ratings agency Moody’s downgraded Italy’s sovereign debt to Baa3, leaving it one notch above junk, but said the outlook was stable, meaning another downgrade was unlikely soon. Italian bonds rallied, pulling down yields.

“With the Italian government bracing for the EU to reject its 2019 budget on Tuesday, the euro is likely to take a hit. Uncertainty in Italy remains one the major geopolitical factors weighing on global sentiment and denting investor confidence,” said Lukman Otunuga, research analyst at FXTM, in a note.

In Asia, Chinese President Xi Jinping stressed his support for the private sector, which pushed local stocks higher. Xi’s remarks came on the coattails of supportive words from the head of the People’s Bank of China, which spurred a rally in Asian equities on Friday.

On the weekend, Brazil is going to the polls for the second round of its presidential election to decide between right-leaning Jair Bolsonaro and Fernando Haddad, who is supported by Luiz Inácio Lula da Silva, the jailed but still popular former president.