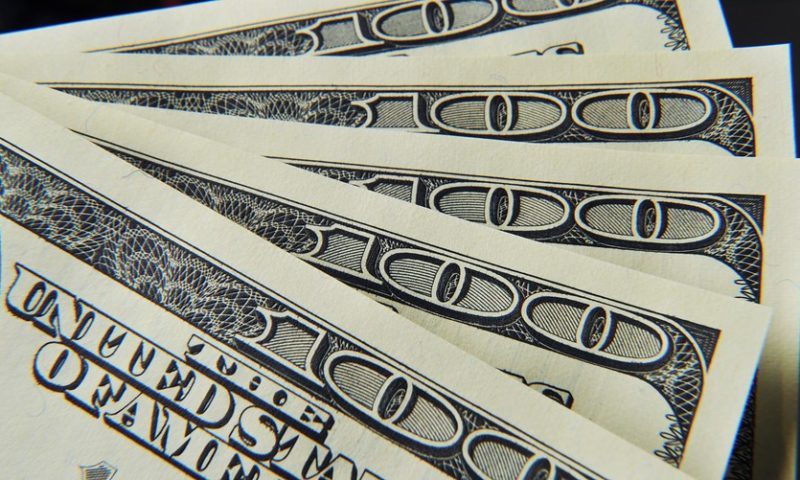 The U.S. dollar was trading solidly lower ahead of the Federal Reserve’s decision later Wednesday, as investors brace for signals of a moderated approach to normalizing domestic monetary policy from the central bank.

“Today’s main risk event for financial markets will be the Federal Reserve’ highly anticipated monetary policy announcement this afternoon,” said Lukman Otunuga, research analyst at FXTM. “With a rate hike in December already heavily priced in, investors will be more concerned with the policy statement, dot plots and press conference for clues on the Fed’s hiking path next year.”

Fed-funds futures put the likelihood of an interest-rate increase at roughly 72%.

“Should the Fed turn dovish, the euro could be the biggest beneficiary of the flows with [an] Italian crisis now averted and U.S. rates capped for the near term,” said Boris Schlossberg, managing director of FX strategy at BK Asset Management.

On Tuesday, Italy’s government reached an agreement with the European Unionover its 2019 budget proposal. Rome’s initial proposal was rejected by Brussels as it would have violated EU fiscal rules, which led to investors fretting over the health of the eurozone’s third-largest economy.

In other central bank news, the Bank of Japan is due for its policy rate update late Wednesday, or Thursday in the Asian session. The Japanese yen USDJPY, -0.21% was stronger, with one dollar buying ¥112.20, down 0.3%.

On the trade front, Treasury Secretary Steven Mnuchin said late Tuesday that the U.S. and China would meet in January to further negotiate on trade, according to a Bloomberg report.

A slight rebound in oil prices CLF9, +2.40%  meanwhile benefited commodity-linked currencies that had sold off on Tuesday’s downturn. This included the Canadian dollar USDCAD, -0.3713%  and Norwegian krone USDNOK, -0.7009%the latter of which had hit its lowest level since January 2016 on Wednesday.