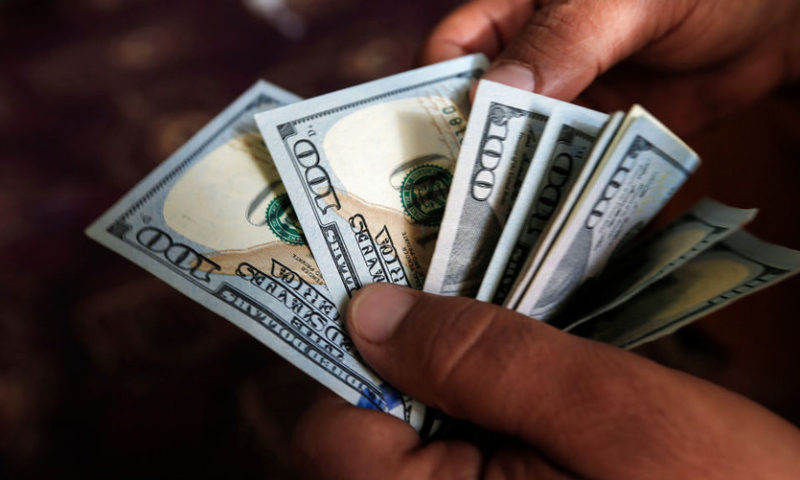 The U.S. dollar climbed against many of its rivals on Wednesday after breaking an eight-day win streak in the session before, as market participants digested reports surrounding Brexit, as well as updates from global central banks and myriad economic data, including a key inflation report in the U.S.

The popular ICE U.S. Dollar Index DXY, -0.12% was last up 0.4% at 97.139. The gauge experienced some jerky trading early on in the session, when it had been inching higher before a sudden and short-lived pop in the British pound briefly.

In economic data, January consumer price inflation flatlined on the back of lower fuel prices. Over the past 12 months, consumer prices slowed to 1.6% from 1.9% before.

For the Federal Reserve, which appears to have taken its foot off the rate-hike pedal, this creates an environment supportive of its current dovish stance: “They don’t have to worry about deflation but are also perfectly fine to hold their monetary policy where it is,” said Minh Trang, senior FX trader at Silicon Valley Bank.

Elsewhere, the Brexit headlines in focus included talk of extending article 50 — overheard in a bar in Brussels— was given enough credibility for some optimism Wednesday morning. Brexit negotiator Olly Robbins reportedly said over a drink that it was either May’s deal or a significant delay to the whole process.

Meanwhile, U.S. car manufacturer Ford, which has production plants in the U.K., said a no-deal exit from the European Union would be a catastrophe.

The British pound GBPUSD, +0.1246% despite its brief spike into positive territory, was in the red for much of early Wednesday. The currency was last down at $1.2852, versus $1.2890 late Tuesday.

Versus the Japanese yen USDJPY, -0.03% the dollar held stronger ahead of Japanese gross domestic product growth data and retail sales due to be reported late Wednesday in New York, or early in the Asian session on Thursday. One dollar last fetched ¥110.99, up 0.5%

The New Zealand dollar NZDUSD, +0.3973% was one of the day’s top performers amid a steadily hawkish update from its central bank. The kiwi dollar was sharply stronger against the greenback, buying $0.6817, up from $0.6737, after the Reserve Bank of New Zealand maintained its course and said the next move for interest rates was likely higher, easing fears of a dovish turn.

Earlier in the session, the Swedish krona USDSEK, -0.1456% was stronger for the same reason, but it retraced its gains late in the U.S. session. One dollar last bought 6.2653, little changed.

The Swedish currency rallied versus the buck after a policy update from Riksbank, during which it left interest rates unchanged and its forward guidance intact. Market participants previously wondered whether the central bank would be able to maintain its direction, given weakness in the Swedish and European economy.