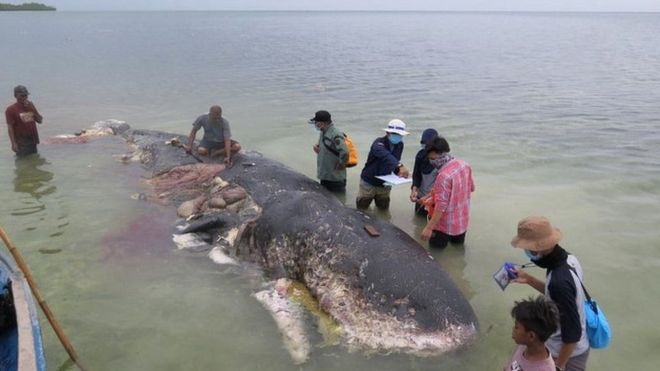 A dead sperm whale that washed ashore in a national park in Indonesia had nearly 6kg (13 lbs) of plastic waste in its stomach, park officials say.

The carcass of the 9.5m (31ft) mammal was found in waters near Kapota Island in the Wakatobi National Park late on Monday.

The discovery has caused consternation among environmentalists.

“Although we have not been able to deduce the cause of death, the facts that we see are truly awful,” Dwi Suprapti, a marine species conservation co-ordinator at WWF Indonesia, was quoted as saying by the Associated Press.

It was not possible to say whether the plastic had caused the whale’s death because of its advanced state of decay, she added.

In a tweet, WWF Indonesia gave the breakdown of what was found inside the animal: 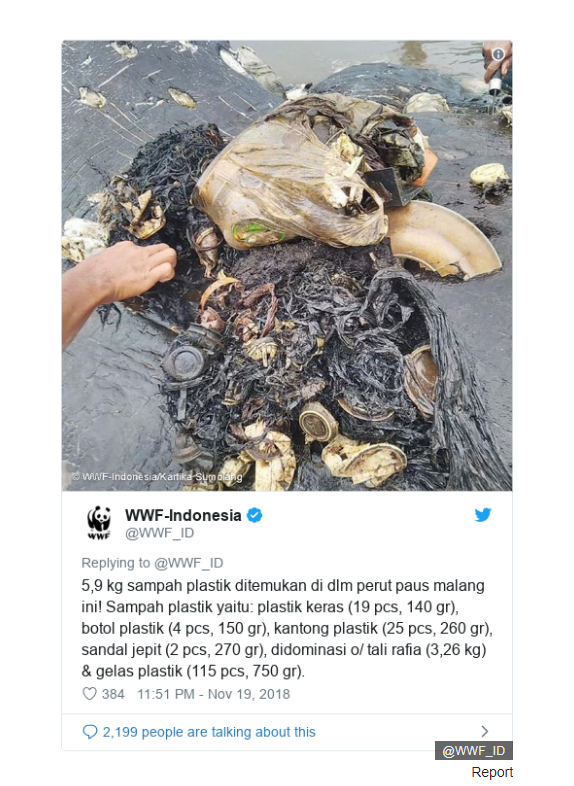 The use of throwaway plastic is a particular problem in some South East Asian countries, including Indonesia.

Five Asian nations – China, Indonesia, the Philippines, Vietnam and Thailand – account for up to 60% of the plastic waste that ends up in oceans, according to a 2015 report by environmental campaigner Ocean Conservancy and the McKinsey Center for Business and Environment.

Plastics bags are believed to kill hundreds of marine animals there each year. In June, a pilot whale died off southern Thailand after swallowing 80 plastic bags.

A report released earlier this year warned that the amount of plastic in the ocean could triple in a decade unless litter was curbed.

At the end of last year, the UN said marine life was facing “irreparable damage” from the approximately 10m tonnes of plastic waste ending up in the oceans every year. 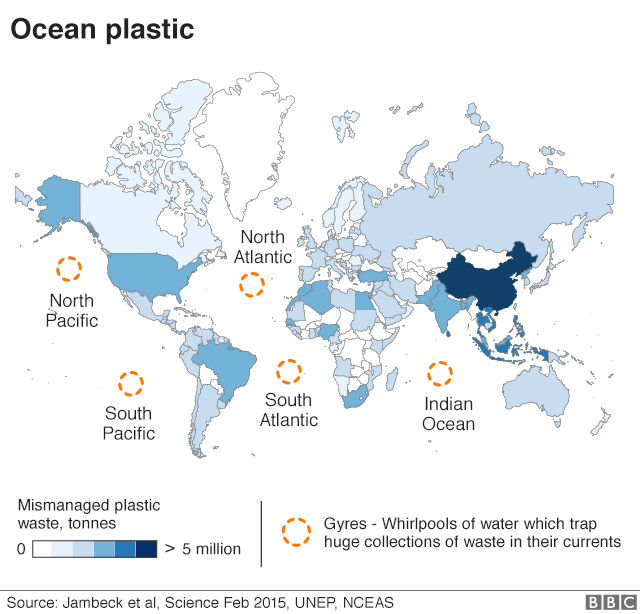 May Gets Rebellion Reprieve, but Faces Warning From Allies