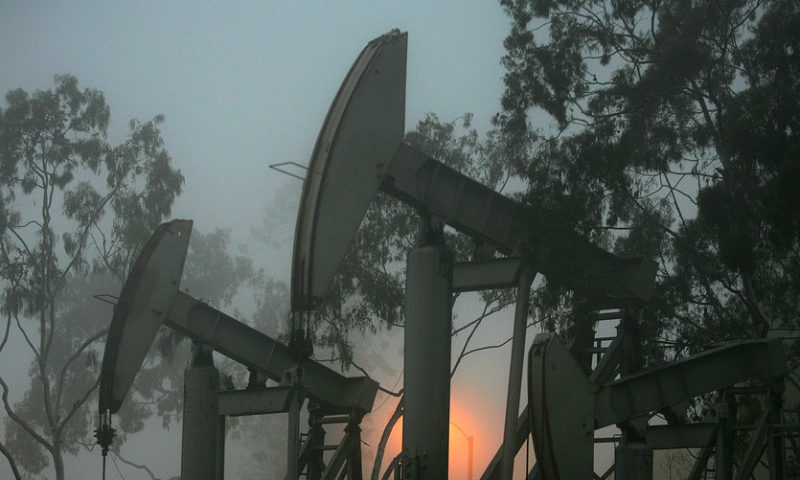 Oil prices slid sharply on Thursday, with the commodity dropping along with other perceived riskier assets after the Federal Reserve hiked U.S. interest rates and as supply issues returned to haunt the market.

February West Texas Intermediate US:CLF9 US:CLF9 tumbled $2.25, or 4.5%, to $46.06 a barrel, after rallying 3.4% to $48.17 a barrel in New York trading on Wednesday. The market settled just ahead of a Fed decision to raise interest rates for the fourth time this year, with the central bank saying it plans more increases in 2019.

The contract took out lows seen Tuesday, when it settled at $46.24 a barrel on Tuesday, the lowest finish for a front-month contract since Aug. 30, 2017, according to Dow Jones Market Data.

Investors had been hoping for more of a dovish outlook from the Fed on interest rates, with some even betting the central bank might hold off on that increase altogether, amid concerns over slowing global growth. Stephen Innes, head of Asian-Pacific trading for OANDA, said oil rallied Wednesday on the view that Tuesday’s selloff may have gone too far, and on improved risk sentiment ahead of the Fed.

“However, risk assets and oil prices reacted poorly to the Fed’s forward guidance which suggests the Fed remains on ‘autopilot,’” said Innes. “So, traders are back to dealing with the supply-demand equation which suggests the path of least resistance remain lower given we could be during a massive washout in equity markets.”

The Energy Information Administration reported Wednesday that domestic crude supplies fell by 500,000 barrels for the week ended Dec. 14, which was a much smaller decline than the 3 million barrel-fall expected by S&P Global Platts.

“It’s been a tumultuous week in oil markets and traders may opt to shut it down after the last big risk event of the year with year-end positions squaring will likely kick in today,” added Innes.