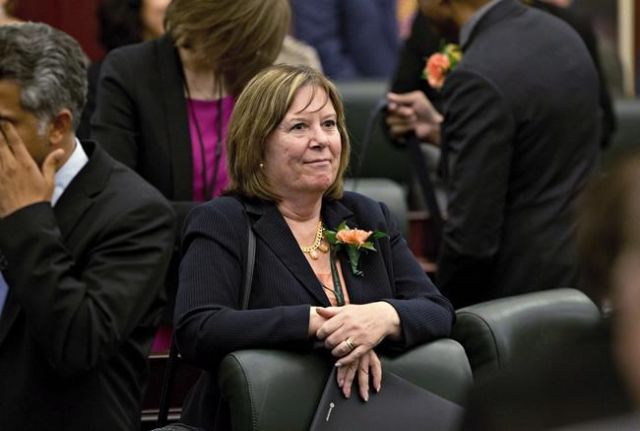 Alberta Energy Minister Marg McCuaig-Boyd says the province is leaving its oil curtailment levels at 325,000 barrels per day for now despite discounts for western Canadian crude that have narrowed to three-and-a-half-year lows.

According to Net Energy Exchange, the difference between bitumen-blend Western Canadian Select and New York-traded West Texas Intermediate was about US$8.25 per barrel on Wednesday, the last day of the trading cycle for barrels to be delivered in February.

The North American oil brokerage reports the discount was US$6.95 per barrel last Friday, the lowest level since June 15, 2015, and a substantial improvement over a peak of more than US$52 a barrel in October.

The differential recovered to traditional norms in the mid-teens or better in December after Alberta announced it would impose curtailments as of Jan. 1 to free up export pipeline space.

The cutbacks were to remain in place for about three months and then be lowered to about 95,000 bpd through the rest of 2019.

After giving a speech at the Indigenous Energy Summit on Wednesday, McCuaig-Boyd said her department is assessing prices, storage levels and crude-by-rail shipments on an almost daily basis but is handing out production quotas to about 25 producer-operators on a month-to-month basis.

“We did ask all of these companies to share in some pain to alleviate this overproduction that we do have and the backlog that we’re getting into,” she said. “You see that it has helped the economics for many.”

Airbus starts work on A220