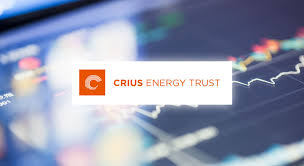 It was a tough day for Crius Energy Trust (KWH.UN:CA) as its stock fell 11.46% to finish the day at $4.79 a share on January 16. That reduces the company’s market cap to 271.14 million on 56.61 million outstanding shares. Crius Energy Trust is a component of the the S&P/TSX SmallCap Index.

Crius Energy Trust through its subsidiaries is engaged in the sale of electricity and natural gas to residential and commercial customers under variable price and fixed-price contracts. The company, through its subsidiaries, also markets solar products to its existing customers as well as to new prospects. It provides retail electricity to its customers in the Connecticut, Delaware, District of Columbia, Illinois, Maine, Maryland, Massachusetts, New Hampshire, New Jersey, New York, Ohio, Pennsylvania, Rhode Island and Texas markets.. Crius Energy Trust makes its home in Toronto, ON, and currently has CEO Michael J. Fallquist at the helm.

Crius Energy Trust ($KWH.UN:CA) is one of the 200 Canadian small-cap stocks that make up the S&P500/TSX SmallCap Index, the widely recognized benchmark for gauging the performance of the Canadian small-cap market. Similar to the Russell 2000 in the United States, the index is market cap-weighted and consists only of smaller companies. To be a part of the index, a company must have a market capitalization between C$100 million and C$1.5 billion with an average share price of C$1 or more.