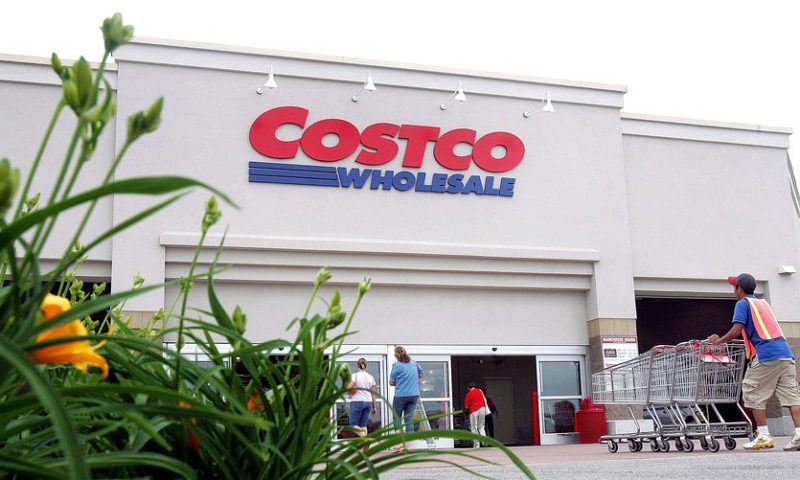 Costco also addressed tariffs during the earnings call, saying it wants to be the last to raise prices

Costco Wholesale Corp. is going to offer a special dividend in the near future, say analysts from Stifel and JPMorgan.

Costco COST, -0.81% reported fiscal third-quarter earnings that were well ahead of expectations after Thursday’s closing bell. Same-store sales growth of 5.5% also beat the FactSet consensus for a 5.1% increase.

“We think Costco remains a best-in-class retailer that should continue to lever solid comp growth,” wrote Stifel analysts led by Mark Astrachan. “We also believe it is probable the company declares a special dividend in the next one-to-two quarters.”

Stifel rates Costco shares buy with a price target of $261.

“Stepping back, Costco continues to take outsized share versus peers and most retailers and is a core long-term holding,” wrote JPMorgan analysts. “Moreover, we continue to believe a special dividend is coming ($18.5 per share in total cash on hand).”

JPMorgan, which rates Costco stock overweight with a $252 price target, is particularly bullish about the warehouse retailer, calling its value proposition “unrivaled,” and citing its “loyal” customer base and growth potential.

Costco reported a 90.7% renewal rate in the U.S. and Canada during the third quarter. Around the world, the renewal rate was 88.3%.

“Given the company’s expanding online offering and improved value proposition from its Visa credit offering, we see a runway of share opportunity both in-store and online,” JP Morgan said. “Finally, we note the membership fee increase and competitor Sam’s Club closing ~63 stores in the U.S. and Puerto Rico to start the year; we believe this is a good time to own Costco.”

In addition to investments in e-commerce and expansion internationally, UBS analysts also note the launch of self-checkout at about 125 of the total 536 U.S. Costco locations.

“Our members are using it,” said Richard Galanti, Costco’s chief financial officer, on the earnings call, according to a FactSet transcript. “And so it’s saving some labor at the front end.”

There are plans to reach 250 locations over the coming months.

“We believe adding this option can help to alleviate a pain point in busy clubs (long lines), while also helping Costco to moderate its front-end labor expenses,” wrote UBS analysts said. “These kinds of investments in convenience should make Costco even more attractive to prospective members in the coming years, helping to support its flywheel.”

Costco also used its earnings call to address the issue of margins and pricing, particularly with regards to tariffs, which retailers like Walmart and Target Corp.TGT, +0.07%   have said will raise prices for consumers.

The company has “accelerated shipments” before some tariffs are raised or go into effect, talked with both new and existing sources, and lowered some orders. Galanti said Costco is just starting to see the impact, and it varies from vendor to vendor.

“We think that we’re in a good position in terms of our size and our ability and our relationships with vendors and we’ll keep you posted on how it goes,” he said.