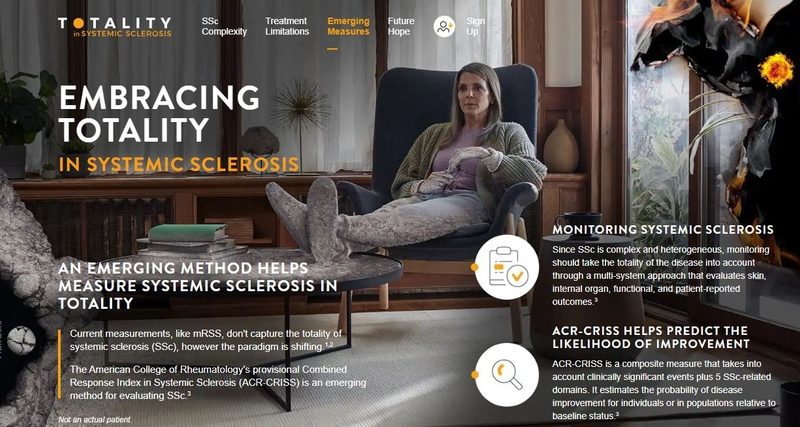 Corbus pharmaceuticals saw its shares fall more than 75% after its phase 3 trial of lenabasum in cutaneous systemic sclerosis patients failed to beat out placebo.

The topline data, with a more detailed look to come, showed no significant differences in both the primary and secondary endpoints when comparing FDA fast-tracked lenabasum to a dummy treatment, both of which were added to background, typically immunosuppressive drug therapy.

Breaking down the data it did reveal showed that the year-long RESOLVE-1 test of 365 people, using the median American College of Rheumatology Combined Response Index for Systemic Sclerosis (ACR CRISS) scores after a year were 0.887 in the placebo arm and 0.888 in the lenabasum 20 mg twice daily arm.

The biotech said the issue appeared to be down to an unusually high placebo response.

Also known as scleroderma, SSc is an autoimmune disease that causes hardening and tightening of skin and joints and affects 70,000 to 90,000 Americans.

That means it’s not an ultra-rare disease, but still it’s relatively unknown, and for an autoimmune disease, it’s devastating in its toll, with only 1 in 2 patients surviving the disease. There are no FDA-approved drugs for it on the market.

Back in June, the small biotech in fact kickstarted a new marketing campaign in the hope the med would notch approval, which was designed to encourage rheumatologists to think about the totality of systemic sclerosis in a new awareness campaign.

That campaign seems to have jumped the gun a little.

This isn’t however the end of the drug in SSc, as the biotech is plotting a talk with the FDA to “determine potential next steps in this clinical development program.”

It’s also not the end of the line for the drug in other conditions either, with tests also still in the works for lenabasum in cystic fibrosis, dermatomyositis and systemic lupus erythematosus.

The FDA has however not been in a forgiving mood of late, rejecting a series of big-name drugs from the likes of Gilead in recent months after feeling they came up short.

“We are surprised and deeply disappointed that the RESOLVE-1 trial did not meet its primary endpoint,” said Yuval Cohen, Ph.D., CEO of Corbus.

“I would like to extend my gratitude to the participants in the study and the clinical staff at the study sites, as well as to the Corbus employees, for their hard work and dedication. We now look forward to upcoming topline results from our study of lenabasum in patients with cystic fibrosis.”

Corbus investors took flight on the news, with shares in the red 75% on Tuesday.

CRO market to recover, using ‘hybrid trials,’ with revenue hitting $64B by 2024: report