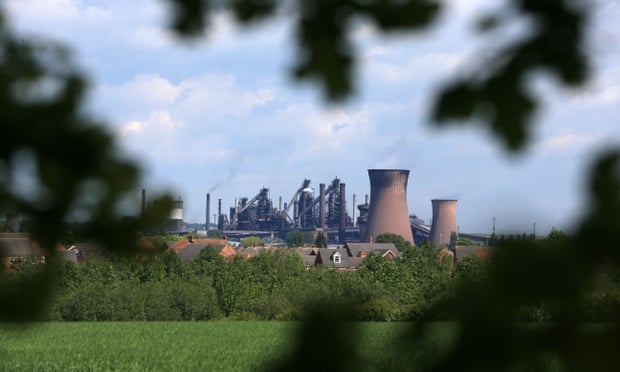 A Chinese industrial giant founded by a former Communist party official could be announced as the buyer of British Steel within days, after staff were told in an email that contracts are due to be exchanged.

Jingye Group emerged as the frontrunner to buy the steelmaker out of liquidation after talks stalled between government officials and Ataer Holdings, a subsidiary of Turkey’s military pension fund with ties to the country’s autocratic government.

Ataer has dropped into a distant third place, with steel magnate Sanjeev Gupta, who wants to add the company to his UK-based group Liberty House, yet to be formally ruled out.

But a message sent to British Steel staff and seen by the Guardian indicates that the Official Receiver, a government employee managing the sale, expects to shake hands on a sale to Jingye imminently. The email cited 10 November as the target date for exchanging contracts on the deal but that deadline has now slipped.

Sam Woodward, a special manager from accountancy EY who is assisting the Official Receiver, wrote: “As you are aware, Jingye has been undertaking accelerated due diligence for the last two weeks, and I am pleased to advise that it is progressing well.

“As many of you may know, we have been working towards a target date of exchanging contracts by 10 November 2019 and we are all working hard to keep to that timescale.”

A sale could safeguard the immediate future of more than 4,000 staff, most of whom work at the Scunthorpe site, one of the last two blast furnace steelworks in the UK.

According to one well-placed source, senior officials from Jingye told more than 100 staff at Scunthorpe that they hoped to meet the 10 November deadline, during a recent visit to perform due diligence on the purchase.

The Official Receiver, which originally set that deadline, is willing to push the process into next week, if there are signs a deal is imminent. Talks have continued over the weekend, with Jingye increasingly likely to win the race.

In the memo to staff, the special manager promised an update on Monday but warned that the signing of contracts would not mean that the sale is fully complete.

The Official Receiver has overseen a long and sometimes tortuous effort to find a buyer since the company collapsed in May under the ownership of investment firm Greybull Capital. The cost to taxpayers of keeping the business afloat since then is thought to have reached £1m a day.

Jingye is ready to pay £70m for the stricken business but could also access up to £300m in loans, indemnities and grants to support its plans to increase production by 10%.

A spokesperson for steelworkers’ union Community said: “If this [the sale] is confirmed, then we welcome this positive step towards securing British Steel under new ownership.

“The fact that there has been ongoing interest from both Ataer and now Jingye, rightly demonstrates that potential buyers believe that British Steel can have a sustainable future.

“Any new owner would not just be acquiring a steel business, they would be taking on a dedicated and skilled workforce, who even through the uncertainty of recent months have been breaking production records to give the business a chance.”

Jingye was founded 30 years ago by Li Ganpo, a former Communist party official who built the group from scratch in a corner of the Hebei province that is famed for the role it played in the establishment of the People’s Republic of China.

A promotional video on Jingye’s website references its adherence to the “Xibaipo spirit”, a reference to the small town from which Mao Zedong orchestrated some of the decisive final battles of the Chinese civil war in 1949. The company website describes the town as a “sacred place of revolution”.

Nic Dakin, the Labour MP for Scunthorpe, said: “The workforce at British Steel have done an outstanding job continuing to make and sell steel through this difficult few months.

“It looks as if we’re coming to a point where a new owner may well be determined and that would be very good news for the business and the communities that are around it.”

Liberty House has not given up hope of snatching a deal from under the nose of Jingye. But its plan to convert Scunthorpe into an electric arc furnace, making recycled steel from scrap metal, would mean more immediate job losses, although some experts say it is a more sustainable strategy in the long-term.