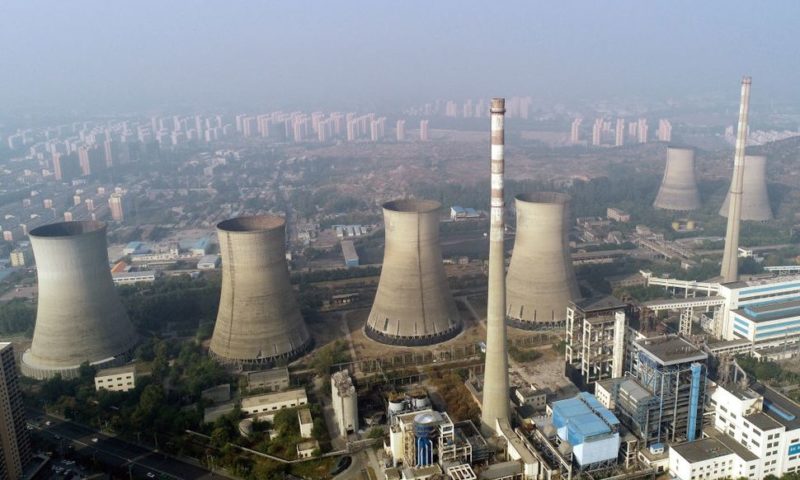 Beijing said it would rein in emissions of the potent greenhouse gas from the country’s sprawling coal mining sector. Instead, methane emissions skyrocketed.

CHINA’S CLIMATE commitments are turning into a bunch of hot air.

Emissions of potent methane gas from the country’s enormous coal mining industry soared by 50 percent from 2010 from 2015, despite an ambitious and well-publicized pledge to start capturing the greenhouse gas, according to a study published Tuesday by researchers at Johns Hopkins University[

The increase – roughly 5.5 teragrams over the five-year period – was comparable to the total methane emissions from Russia or Brazil, themselves the second- and fifth-largest emitters of methane gas, according to a 2012 inventory. China is the world’s largest source of methane by orders of magnitude. The U.S., which in 2012 was the fourth-largest emitter of the gas, that year produced only a quarter of the methane released by China.

“Our study indicates that, at least in terms of methane emissions, China’s government is ‘talking the talk’ but has not been able to ‘walk the walk,’” Scot Miller, an assistant professor of environmental health and engineering at Johns Hopkins University and the study’s lead author, said in a statement.

China is the world’s largest coal producer, and it’s heavily dependent on the fuel for electricity: nearly three-quarters of the country’s power was generated from coal. Such dependence brings significant climate implications: coal not only produces enormous amounts of air pollution when burned, but mining it also releases large amounts of methane gas. The sector in China is so large, and the emissions from mining so great, that coal mining is believed to be the greatest source of human-induced methane emissions in the country.

China in 2010 enacted regulations that ostensibly required mines to begin capturing methane gas for heat or electricity, or at least “flare” or burn off the gas, a process that converts methane into less potent carbon dioxide. The government aimed to use or flare as much as 5.6 teragrams of coal mine methane by 2015, or equivalent to emissions from Canada or Australia.

However, lack of sufficient technology, pipelines and other infrastructure hampered the effort; Miller and the team of researchers, harnessing satellite data, found that emissions instead increased over the five-year period.

“China has received a lot of press coverage over the past few years for its efforts to enact greenhouse gas regulations and its efforts to become a leader on climate change, but the numbers show that China’s methane regulations, in particular, have not had any detectable impact on their emissions,” Miller said.