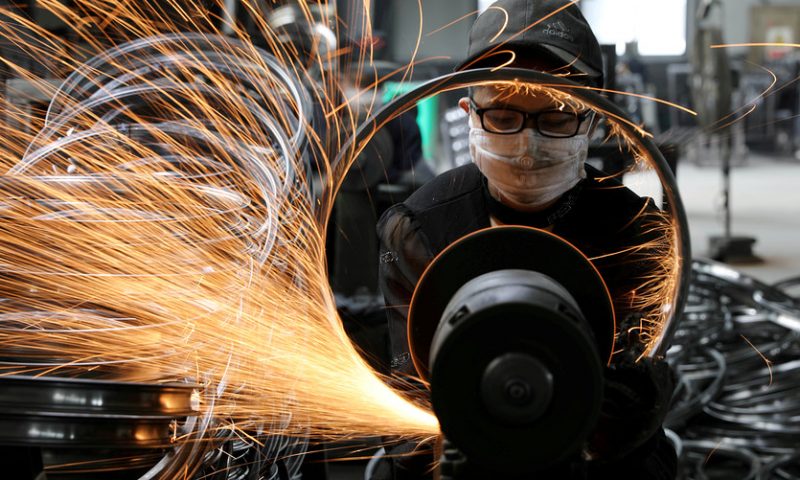 A private gauge of China’s factory activity showed an expansion for the second straight month in September, thanks to higher production and new orders from home, contrasting with official data indicating a contraction for the fifth consecutive month.

The Caixin China manufacturing purchasing managers index rose to 51.4 in September from 50.4 in August, Caixin Media Co. and research firm Markit said Monday. The reading stayed above the 50 mark that separates expansion in activity from contraction.

Faster construction of infrastructure projects, better implementation of upgrading the industrial sector, and tax and fee cuts are likely to offset the effects of subdued overseas demand and soften the downward pressure on China’s economic growth, said Mr. Zhong.

China’s official manufacturing PMI, a competing gauge, released earlier Monday, edged up to 49.8 in September from 49.5 in August, thanks to recoveries in production and total new orders.

Trump’s plan to restrict U.S.-China investment: a negotiating ploy or harbinger of a longer-term battle?