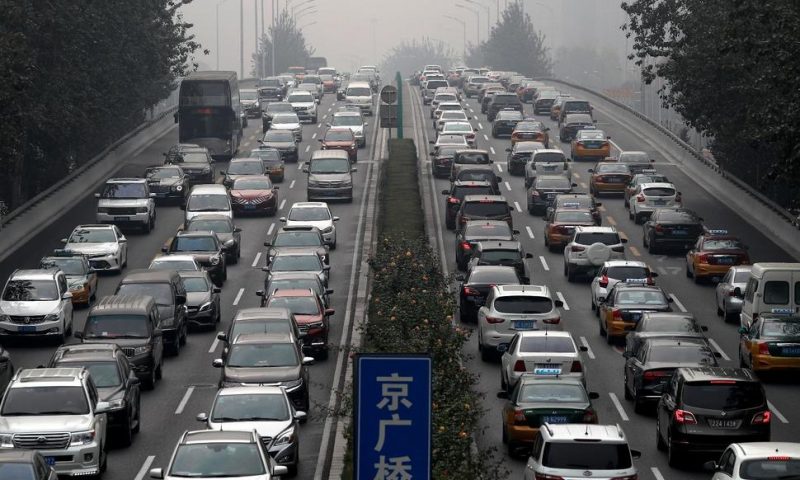 BEIJING — China’s auto sales sank 6.3% in September from a year earlier and purchases of electric cars tumbled 34.2% at a time when the industry is spending heavily to meet government sales quotas for the technology, an industry group reported Monday.

The global industry’s biggest market is on track to contract for second year, dragged down by weak consumer demand in the face of a tariff war with Washington and cooling economic growth.

Sales of sedans, SUVs and minivans in the global industry’s biggest market fell to 1.9 million, according to the China Association of Automobile Manufacturers, an industry group. Total sales, including trucks and buses, retreated 5.2% to 2.3 million.

Demand has suffered from consumer jitters over a trade war with Washington and slowing economic growth.

The industry has been reporting negative growth every month since June 2018.

Sales of electric cars fell to 80,000 units, hurt by a decline in government subsidies that helped to make China the biggest market for electrics.

Brands are spending heavily to meet government sales quotas. Beijing is shifting the burden to automakers by requiring them to earn credits for selling electrics without subsidies. That raises the cost to buyers.

In the same period, electric car sales were up 20.8% over a year earlier at 872,000. That reflected strong first-half demand before government subsidies were cut.

Sales of SUVs, previously a bright spot for the industry, were off 9.3% from a year earlier in the first nine months of the year, CAAM said. It gave no figure for total sales.

Union Calls on Lufthansa Cabin Crew to Strike on Sunday