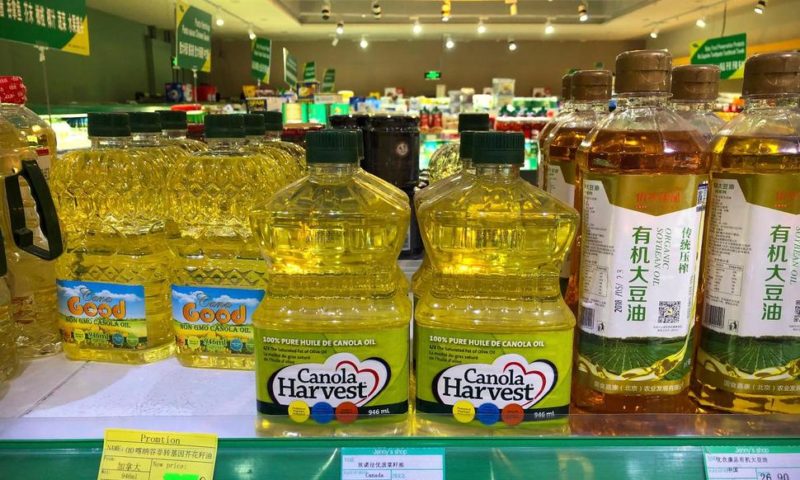 BEIJING — IMPORTS of canola, a Canadian oilseed crop, will now undergo more thorough inspections in China, the country’s customs agency said Thursday, amid what appears to be a retaliatory move amid a diplomatic row over the arrest of a Chinese executive.

Relations between Canada and China have been tense since December, when Canada arrested Chinese tech executive Meng Wanzhou in Vancouver at the request of the U.S. China warned of “grave consequences” if Canada did not immediately release Meng Wanzhou, the chief financial officer of Huawei.

U.S. prosecutors have filed charges accusing Meng, who is the daughter of Huawei’s founder, of lying to banks about dealings with Iran. Huawei denies any wrongdoing.

Canola is grown in China, Japan and many other countries.

However, the website for the Canola Council of Canada calls the crop “Canada’s greatest agricultural success story” and the world’s only “Made in Canada” crop. According to the Canola Council, canola was developed by Canadian researchers using traditional plant breeding techniques, resulting in a bright yellow variety of rapeseed whose seeds can be harvested for vegetable oil.

China’s customs administration said in a statement posted to its website Thursday that four customs offices in China found pests such as fungal pathogens in canola imports. It confirmed that it revoked the export permit held by Richardson International Ltd., one of Canada’s largest grain processors.

The agency said stronger inspections and lab testing while canola imports are in quarantine were needed.

Canadian Agriculture Minister Marie-Claude Bibeau said in a statement Wednesday that the Canadian Food Inspection Agency conducted investigations after China issued notices of non-compliance on canola seed imports, including nine since January. She said the agency had not identified any pests or bacteria of concern.

China buys about 40 percent of Canada’s canola exports, and the revocation of Richardson’s permit hurts the entire chain of industries involved in the market, the Canola Council of Canada said.

Meanwhile, the dispute centered on Huawei is simmering.

Huawei announced Thursday that it is challenging a U.S. law that labels it a security risk and would limit its access to the American market for telecom equipment.