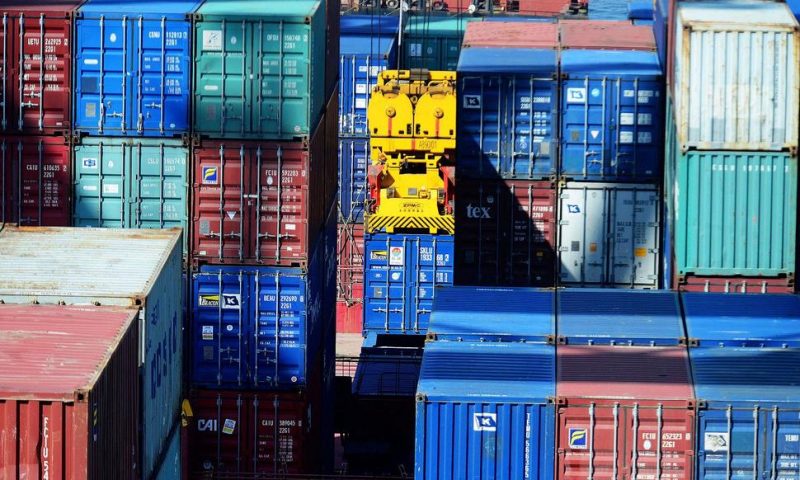 China has issued a report blaming the United States for a trade dispute and says it won’t back down on “major issues of principle.”.

BEIJING — China issued a report Sunday blaming the United States for a trade dispute and said it won’t back down on “major issues of principle.”

The statement from the Cabinet spokesman’s office said that China has kept its word throughout 11 rounds of talks and will honor its commitments if a trade agreement is reached.

“A country’s sovereignty and dignity must be respected, and any agreement reached by the two sides must be based on equality and mutual benefit,” it said.

The U.S. has accused China of stealing trade secrets and forced technology transfers. The Trump administration has imposed 25% tariffs on $250 billion in Chinese imports and is planning to tax the $300 billion in imports that have so far been spared. It also escalated the stakes this month by putting the Chinese telecom giant Huawei on a blacklist that effectively bars U.S. companies from supplying it with computer chips, software and other components without government approval.

Beijing responded by imposing tariffs on $60 billion worth of U.S. products, which went into effect Saturday. It also retaliated against the U.S. blacklisting of Huawei by announcing Friday that it will establish its own list of “unreliable entities” consisting of foreign businesses, corporations and individuals.

Being published in eight languages, Sunday’s report lays out China’s argument for blaming Washington for the frictions as well as the costs to both sides.

“Whatever the future might bring, China is confident of meeting challenges head on, turning risks into opportunities and opening new chapters,” it said. “China remains committed to its own cause no matter how the external environment changes.”

“We still have sufficient room for fiscal and monetary policy maneuver” to maintain health of the Chinese economy amid frictions, it said.

Wang Shaowen, vice commerce minister and deputy international trade representative, said China had been forced to “take forceful measures in response” to U.S. actions and denied China had backtracked on its earlier commitments.

“It is irresponsible of the U.S. to accuse and smear China,” Wang said.

In negotiations “nothing is agreed until everything is agreed,” Wang said. He said the U.S. had made unacceptable demands, including on tariffs and compulsory requirements that infringed on Chinese sovereignty.

He said of the U.S. tactics: “You give them an inch, they take a yard.”

Stocks to fall 15% to December meltdown levels, this chart predicts

Bet Responsibly? A Struggle for Some as Sportsbook Ads Widen