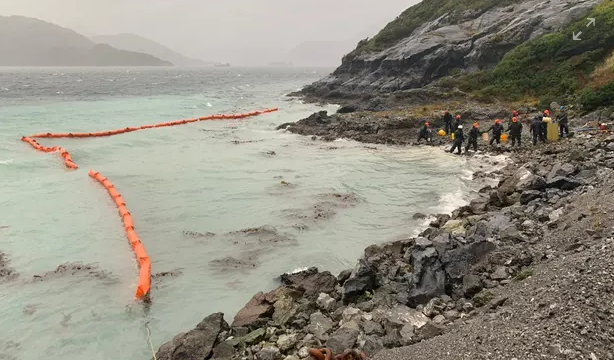 Forty thousand litres of diesel oil has been spilled into the sea in a remote and pristine area of Patagonia, Chile’s navy confirmed on Sunday.

The spillage occurred in the Chilean section of Patagonia – a region that encompasses the southern tip of South America and spans both Chile and Argentina.

A statement from the Chilean navy said it received a call from the mining company CAP on Saturday reporting the spill at the terminal of Guarello island, about 1,740 miles (2,800km) south of Santiago, Chile’s capital.

The area is one of the planet’s most untouched with important biodiversity.

The navy said it had deployed ships to the area to control damage from the spill and an investigation had been launched.

CAP released a statement saying the incident had already been contained. The spill affected a bay and the company said it installed a container sleeve in the area on Saturday and began removing oil from the environment immediately.

Syrian refugees in Beirut and Istanbul detained and deported

Nine years on, Greek MPs agree to abide by own anti-smoking law