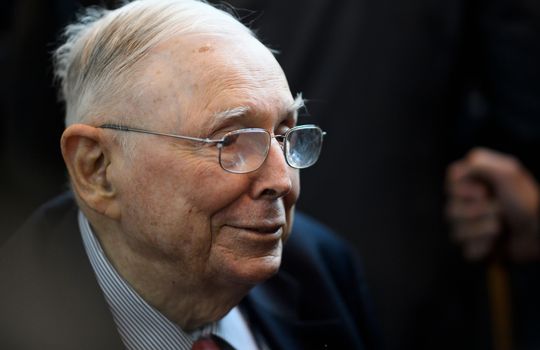 Speaking during a shareholder Q&A session Wednesday at the annual meeting for Los Angeles-based newspaper chain Daily Journal Corp. DJCO, +1.82%, of which he is chairman, the 98-year-old Munger ripped bitcoin BTCUSD, -0.38% and other cryptos as “beneath contempt,” claiming its main usefulness is for extortion, kidnappings and tax evasion.

When noting he has never invested in crypto, Munger said:

“I’m proud of the fact I’ve avoided it… it’s like some venereal disease.”

“I wish it had been banned immediately,” Munger, who is also Warren Buffett’s right-hand man and vice chairman of Berkshire Hathaway Inc. BRKB, +1.03%, said of crypto. “I admire the Chinese for banning it. I think they were right and we were wrong to allow it.”

Munger’s disgust with crypto is nothing new. “I hate the bitcoin success,” he said last year at Berkshire’s annual meeting. ” I think the whole damn development is disgusting and contrary to the interests of civilization,” he said, calling bitcoin a worthless asset built entirely on speculation.

But on Wednesday, Munger said he was fine with at the possibility of the U.S. Federal Reserve launching its own digital currency, though he questioned the point.

As for inflation, Munger said “we’re flirting with serious trouble,” noting history has shown that printing too much money leads to “terrible trouble” — though he hopes such consequences may still be a long way off.

“inflation is a very serious subject, you could argue it’s the way democracies die. It’s a huge danger,” he said, citing hyperinflation as a cause of the collapse of the Roman Empire.

“So it’s the biggest long-range danger we have, probably, apart from nuclear war.”