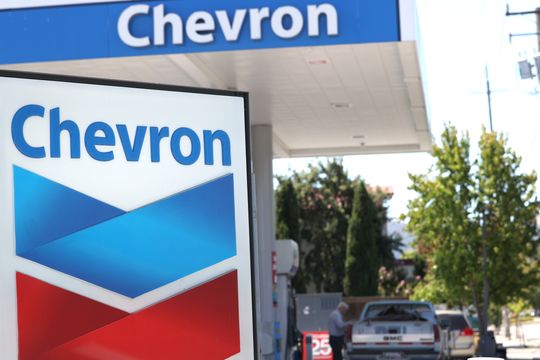 Chevron Corp. and Exxon Mobil Corp.’s strong cash positions have prompted Truist Securities to raise its price targets for the oil and gas giants, as the stocks of both companies rallied toward fresh records.

Exxon, like Chevron CVX, +0.51%, reported impressive third-quarter results last week. Chevron’s results were boosted by significant revenue growth in both U.S. and international upstream operations while Exxon reported the highest profit in the company’s 152-year history. (Upstream operations refers to the exploration and production of crude oil and natural gas.)

In a separate note, Truist also raised its Chevron price target to $192 from $188. “Chevron reported higher earnings/FCF than Truist Securities/consensus estimates due to better than expected downstream earnings,” wrote Dingmann, in the note released on Monday. (Downstream that refers to the refining and delivery of the produced product.)

Chevron (CVX) is also “keeping things on an even keel,” according to Dingmann. “While CVX has increased its buyback program three times in recent quarters and has grown its dividend at a compounded annual growth rate of 6% for 15 years, total payout is still materially lower than many large independent operators with more or less a continued maintenance capital program,” he wrote.

However, Chevron continues to grow traditional energy such as its Permian Basin operations in the U.S. and new energies such as renewable natural gas, Dingmann added.

Chevron’s stock climbed 1.9% in morning trading Monday while Exxon’s stock rallied 1.8%, with on track to close at record highs.

Of 29 analysts surveyed by FactSet who cover Chevron, 15 have an overweight or buy rating, 13 have a hold rating and one has a sell rating. The average price target has increased to $186.32 from $179.30 at the end of September, with the latest average target implying under 2% upside from current levels.

Of 28 analysts surveyed by FactSet, 15 have an overweight or buy rating, 12 have a hold rating and one has a sell rating for Exxon. The average price target was at $113.70, up from $107.41 at the end of September and only about 1% above current levels.