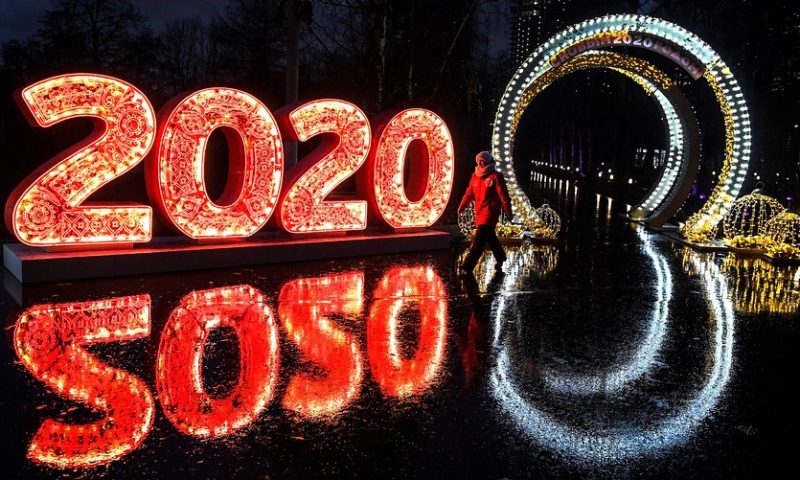 As the final trading session of the year gets under way, the three major U.S. benchmark indexes look set for a subdued end to a bumper 2019.

But after the New Year’s Eve revelry what sort of 2020 will investors wake up to?

In our call of the day, Wells Fargo Investment Institute strategist head of global asset allocation strategy Tracie McMillion said it was unlikely 2020 would bring such outsize returns. Investors should consider taking gains in the New Year, she said, and then put the cash back to work when political or other stresses push markets lower.

“If the pattern of resilient markets continues in 2020 as we expect, investors should find opportunities to take profits when markets exceed our price or yield targets ranges. There also may be chances to put cash back to work when political or other stresses push markets below our target levels,” McMillion, head of global asset allocation strategy, said in a note.

“By rebalancing in this way, cash can become a tactical tool that may enhance returns if market swings become more pronounced, as we expect,” she added.

In an uncertain environment Wells Fargo Investment Institute favored a focus on quality, and in particular U.S. large cap companies with strong balance sheets and growing dividends or share buybacks. Analysts highlighted stocks in the information technology and consumer discretionary sectors. They added that investors could play defensive with consumer staples, real estate and utilities sectors.

Longer-term diversification will be key, McMillion added, as 2020 could be fraught with shorter periods of volatility led by political, economic and monetary policy uncertainty.

After losing 183 points on Monday as the year-end rally came to a halt, the Dow Jones Industrial Average DJIA, +0.27% nudged lower on the year’s final trading day. The S&P 500 and the Nasdaq Composite both fell 0.1% after both indexes slipped on Monday. European stocks were up slightly. Asian markets fell in a light trading session ahead of the New Year’s holiday.

Former Nissan 7201, -0.45% and Renault RNO, -0.99% chief Carlos Ghosn has fled house arrest in Japan, where he faces trial on charges of financial wrongdoing. Ghosn, who has traveled to his homeland Lebanon said in a statement: “I have not fled justice — I have escaped injustice and political persecution.”

Huawei said sales jumped 18% in 2019 despite moves by the U.S. government to restrict its business. However, the Chinese telecom giant warned of a difficult 2020 due to pressure from Washington.

Chinese factory production was given a boost in December, helped by the easing of trade tensions between Beijing and the U.S. New export orders also rebounded sharply, suggesting more demand for Chinese goods.

Shares of Nio NIO, +8.06% rocketed on heavy volume Monday, after the China-based electric-vehicle maker reported a third-quarter loss that narrowed more than expected, as revenue and vehicle deliveries surged.

Weed stocks rally on last day of a brutal year