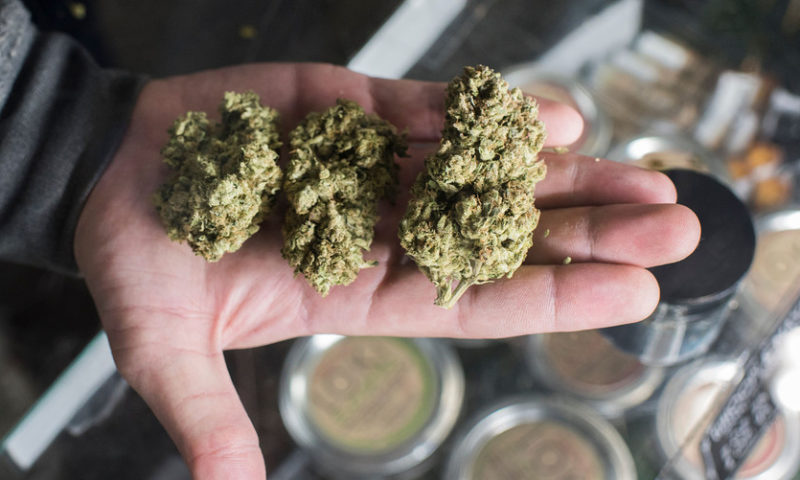 Cannabis stocks shed some of their early gains Tuesday, after Coca-Cola Co.’s CEO said the drinks giant has no plans for the sector, disappointing hopes that global beverages companies were poised to bring their capital and marketing clout to the burgeoning industry.

Coca-Cola KO, -1.03% said last month that it was eyeing the cannabis sector, specifically the market for CBD-infused drinks, or those that contain non-psychoactive ingredients found in cannabis that are widely thought to have health benefits.

“The space is evolving quickly. No decisions have been made at this time,” Coca-Cola said at the time.

The comment fueled speculation that Coca-Cola would follow Constellation Brands Inc. STZ, -2.11% which has invested $4 billion in Canada’s Canopy Growth Corp. CGC, +2.47% WEED, +2.16% There were reports that rival Diageo PLC DGE, +0.95% was also looking at targets. The market for CBD drinks is expected to grow to more than $2 billion in sales within two years, according to Science Daily.

Coca-Cola Chief Executive James Quincey was clear in his response to an analyst question on the company’s earnings call: “We don’t have any plans at this stage to get into the space. So that’s kind of where we are,” Quincey said, according to a FactSet transcript of the call.

Jason Wilson, president of Budding Equity Asset Management and a partner in the ETFMG Alternative Harvest ETF, said it’s not surprising Coca-Cola is holding back for now and shouldn’t be interpreted as meaning it will not enter the sector.

“Unlike the beer, wine and spirits sector, cannabis or CBD-infused beverages are not an imminent threat to non-alcoholic beverages sales, so it makes sense that a large, multinational, non-alcoholic beverage manufacturer like Coca-Cola would to take a wait-and-see approach,” he said in emailed comments. “In contrast, the sales of alcoholic beverage producers and distributors are under more immediate threat of cannibalization, which is why we have seen companies like Constellation Brands and Molson Coors TAP, +2.86% enter the cannabis space.”

Among the gainers of the session, Canada’s Aphria Inc. APH, +4.23% was up 5.4% after the company said it would start trading on the New York Stock Exchange on Nov. 2. The company, which currently trades on the Toronto Stock Exchange and the U.S. OTC market, will list under the ticker symbol “APHA.”

Chief Executive Vic Neufeld said the company is planning to expand beyond Canada, which legalized cannabis for adult recreational use on Oct. 17, into Latin America, the Caribbean and Europe.

Canaccord analysts started covered Tuesday on two Nevada Cannabis plays with Canadian listings, assigning both speculative buy ratings. Planet 13 is a vertically integrated operator with a retail distribution and growing facilities, and plans for a Las Vegas “superstore,” just off the Strip, analyst Bobby Burleson wrote in a note. 1933 Industries is a producer and manufacturer of cannabis flower and concentrate with several branded consumer products and a wholesale distillates business supplying Nevada’s vape market, he said.

“Although PLTH and TGIF target different points in the legal cannabis supply chain, both companies offer differentiated business models that appear well-positioned to benefit from the strong ramp of Nevada’s recreational use market while trading substantially below U.S. peer average multiples on an EV/EBITDA basis,” said Burleson.