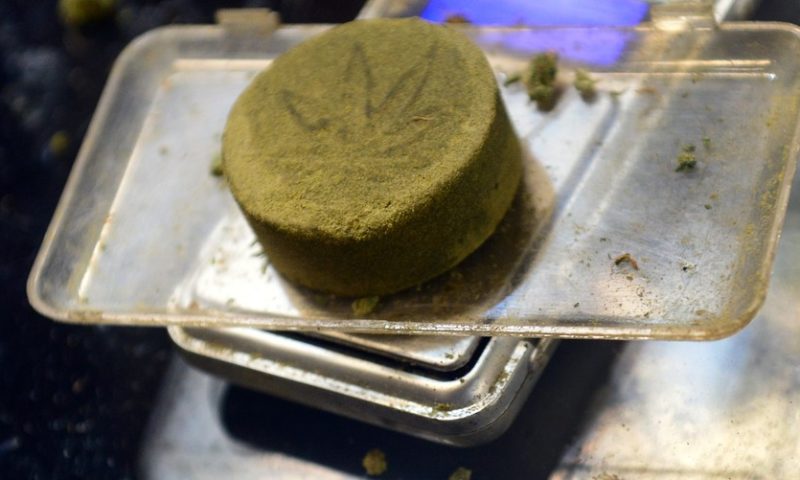 Cannabis stocks were mostly higher Friday, as investors digested earnings from Canopy Growth Corp. and the news that Aphria Inc.’s probe of acquisitions in Latin America found certain board members had conflicts.

The biggest weed company by market value, Canopy CGC, +3.12% WEED, +2.50% posted a 282% rise in quarterly revenue thanks to Canadian legalization, but earnings were hit by paper losses, according to a securities filing that came late in the day on Thursday.

The pot producer reported fiscal third-quarter net income of C$67.6 million ($50.9 million), compared with $C11 million in the prior year, and revenue grew to C$83.1 million, up from C$9.8 million in the year-earlier period, excluding excise taxes. Overall in the quarter, Canopy Growth said it sold 10,102 kilograms of pot and equivalents — up from just 2,250 kilos in the year-ago quarter — at an average price per gram of C$7.33, down from $C8.30 in the year-ago quarter.

A mark-to-market adjustment of convertible senior notes chopped C$185.8 million from Canopy’s profit, part of the effects of a turbulent market for pot equities. That loss was removed from diluted earnings per share but not basic, so a 22-cents-a-share profit turned into a 38-cents-a-share loss on the next and final line.

Under the accounting standard used in Canada, the treatment of biological assets, in this case, the seed for a pot plant, is complex as companies are required to report the value at different stages of the production cycle. They must say how much the crop will be worth before it is ready to be sold, which is difficult given the immaturity of the market, the lack of a futures market to help determine prices and the general volatility in prices following legalization.

Rival Canadian Aphria APHA, +5.61% APHA, +5.23% said Friday a special committee has concluded a review of the September acquisition of Latam Holdings Inc. and found conflicts of interest for some of its board members. The committee was formed after short sellers said the C$280 million deals in Argentina, Colombia and Jamaica raised red flags as their research suggested the assets appeared largely worthless and even questioned their existence. Hindenburg Research wrote that the deals were “egregiously overpriced, and that Aphria insiders were likely undisclosed beneficiaries.”

The company did not offer names, but reiterated its previous announcement that former Chief Executive Vic Neufeld and co-founder Cole Cacciavillani have completed a transition plan and effective March 1, 2019, will be retiring and surrendering their roles as directors, although they will remain in place as advisers.

The committee found that the price paid in the deal was “acceptable” compared with other deals by rivals, albeit near the high end of the range. The company pledged to beef up corporate governance and add more and better qualified independent directors.

Nathan Anderson, founder of short seller Hindenburg Research, welcomed the news. “We applaud the independent committee for taking this matter seriously and for making significant changes to the company’s board and governance policies,” he told MarketWatch. “The review largely corroborated our findings that acquisition prices were high and that multiple insiders had undisclosed conflicts of interest. We hope the company can turn a new leaf going forward.”

Aleafia Health Inc. ALEF, +2.16% ALEF, +2.16% shares rose 4.3%. The company said it has hired Keith White as its new head of clinic operations. White was chief operating officer at The Oshawa Clinic, a Greater Toronto Area medical clinic network with more than 500,000 unique patients, the biggest of its kind in Canada. White will be responsible for Aleafia’s wholly owned Canabo Medical Clinics and Emblem’s GrowWise Health, once that acquisition has closed.

1933 Industries Inc. TGIFF, +4.20% shares were up 3%, a day after the company said it has attained product distribution in 46 states for CBD-infused health and wellness products. Asked how it will manage to sell CBD-based products in the face of Food and Drug Administration guidelines that suggest it will need regulatory approval to add CBD to products and faces a ban on wellness claims that are not supported by clinical research, the company said it would seek to follow official pathways.

“The FDA acknowledged that hemp-CBD is a developing area and they are working to establish rules for the lawful introduction of hemp-CBD products,” the company’s in-house counsel told MarketWatch in emailed comments.

“Currently there are many gaps in regulation, however, we are confident that the FDA, and many, if not all, states will have proper hemp regulatory structures in place by the end of 2019. We anticipate these regimes will allow for the licensing of hemp cultivators, hemp manufacturers, and for retail sales of products containing hemp-derived CBD in a manner that is safe and protects consumers.”

Elsewhere in the sector, Aurora Cannabis Inc. ACB, -0.70% ACB, -1.38% shares were down 0.7%. That company reported its latest quarterly sales on Monday, nearly quadrupling revenue but also showing large losses and a shrinking margin.