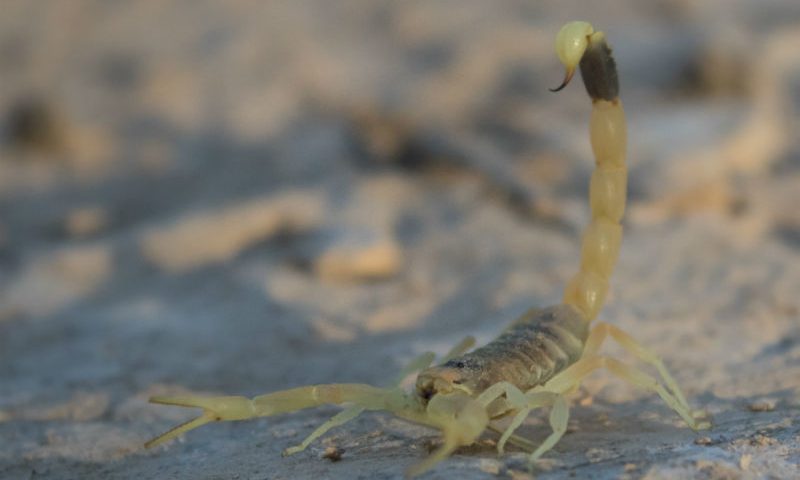 CAR-T therapies that involve modifying patients’ own T cells to target proteins associated with cancer have revolutionized the treatment of some blood cancers. But the approach has so far shown limited potential in solid tumors such as the aggressive brain cancer glioblastoma.

Now scientists at City of Hope have designed a novel chimeric antigen receptor (CAR) based on chlorotoxin (CLTX), a toxin found in scorpion venom. T cells armed with that CAR successfully killed tumors in mice with glioblastoma xenografts without triggering any adverse reactions, the team reported in a study published in Science Translational Medicine.

Based on the encouraging results, City of Hope has launched a phase 1 clinical study in collaboration with the National Cancer Institute to test the safety of the novel CLTX-CAR T cells—while also estimating the therapy’s response rate—in glioblastoma (GBM) patients.

One challenge of targeting GBM is the diversity of tumors. For CAR-T to be successful, the CARs on the T cells’ surface need to be able to latch onto tumors with different genetic variations.

City of Hope researchers have previously developed CAR-T cells targeting interleukin 13 receptor α2 (IL13Rα2), which is overexpressed in GBM. In 2016, they reported complete tumor regression lasting 7.5 months in one patient. However, tumor recurrence with loss or reduced IL13Rα2 was an issue. That med has been licensed to Mustang Bio under the code MB-10, and it’s being tested alongside Bristol-Myers Squibb’s dual immuno-oncology agents Opdivo and Yervoy in recurrent GBM.

For this study, City of Hope scientists set out to find a better CAR guide for T cells with strong GBM binding activities. Although the exact target for CLTX on GBM cells remains unclear, its binding ability has proven to be useful in controlling the invasive nature of the tumor.

“We are not actually injecting a toxin but exploiting CLTX’s binding properties in the design of the CAR,” study author Michael Barish, who initiated the CLTX CAR development for GBM, said in a statement. “The idea was to develop a CAR that would target T cells to a wider variety of GBM tumor cells than the other antibody-based CARs.”

The team used tumor cells from patients to compare CLTX binding with the expression of known antigens that are being studied as CAR-T targets for GBM, including IL13Rα2, HER2 and EGFR. They found that CLTX bound to a large number of patient tumors, while expression of other antigens varied widely between patient samples.

Within GBM tumors, stem-like cells that are believed to cause tumor recurrence are important therapeutic targets. The CLTX-CAR T cells also bound to these dangerous cells, the team found. They observed that the expression of MMP2, which helps form the extracellular matrix between cells, is required for CLTX-CAR to work.

To further test the novel CAR-T’s anti-GBM activity, the researchers used mouse models with patient-derived tumors. The treatment controlled tumor growth and prolonged the survival of the animals. The engineered T cells only bound to tumor cells, leaving the surrounding normal brain tissue intact, the team reported. The treatment did not cause adverse reactions or organ damage in the animals, they added.

Other research groups have also been working on CAR-T treatments against GBM. A team led by the University of North Carolina previously identified CSPG4 as a CAR-T target antigen that’s “highly prevalent” on GBMs. Massachusetts Institute of Technology researchers recently used a vaccine to stimulate CAR-Ts at the lymph nodes and successfully cleared solid tumors in 60% of mice tested. Another team at Harvard Medical School made CAR-T that can secrete a second type of immunotherapy called bi-specific T-cell engager (BiTE).

Scorpion toxin, meanwhile, is inspiring other medical applications. A research team from the University of Queensland and the University of California, San Francisco isolated a scorpion toxin dubbed WaTx that acts on the “wasabi receptor” TRPA1 protein in a finding that they said could inspire new treatments for chronic pain.

In another study just published in Science Translational Medicine, scientists at Fred Hutchinson Cancer Research Center described a tiny protein in scorpion venom that could concentrate arthritis drugs within the cartilage of joints. They believe the therapy could treat arthritis without the systemic toxicities linked to other medicines.