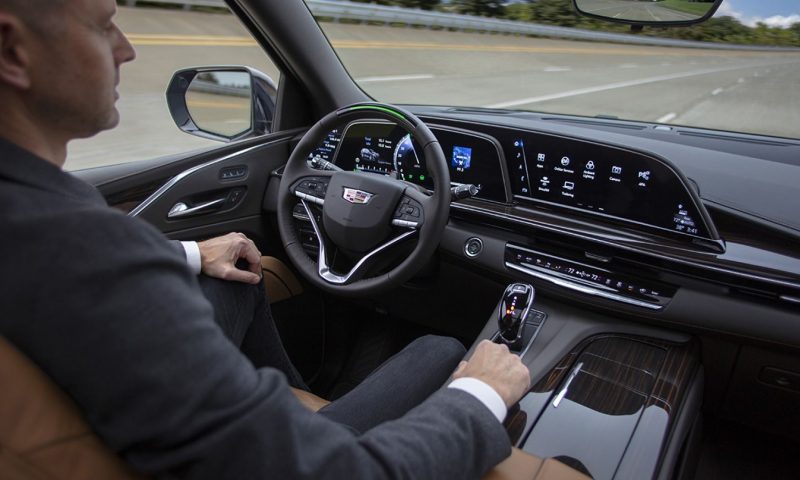 The Cadillac Escalade is one of the most-popular chauffer-driven vehicles in the U.S., and the latest one has a part-time chauffer built-in. The 2021 edition of the full-size SUV will feature the latest version of Cadillac’s Super Cruise semi-autonomous driving aid when it goes on sale this summer.

The system uses cameras, radar, GPS and a database of 200,000 miles of highways that have been 3D-mapped using Lidar that allow it to steer a vehicle within a lane, avoid running into cars ahead of it and change lanes in traffic while the driver keeps their feet off the pedals and hands off the wheel.

Unlike competing systems such as Tesla’s Autopilot, Super Cruise uses a facial-recognition system to make sure the driver is paying attention to the road. If not, it will alert them to get their attention before it begins to disengage, by turning on the hazard lights and slowly bringing the vehicle to a stop. Tesla, Mercedes-Benz and other brands require a driver to keep touching the wheel to indicate that they are alert.

Cadillac President Steve Carlisle told Fox News Autos at the new Escalade unveiling in Hollywood that the automaker isn’t aware of any accidents that have occurred while it was in use. His statement was reiterated by GM President Mark Reuss during the company’s Capital Markets Day event at the New York Stock Exchange on Wednesday, when he said that Super Cruse has seen 5.2 million miles of “incident-free” operation in the real world since it first became available on the CT6 sedan in 2017.

That mileage figure is far less than the approximately 3 billion miles Tesla says its owners have driven using Autopilot, which is being investigated by NHTSA after several high-profile fatal accidents. A number of videos have also surfaced over the past few years that appear to show drivers who have fallen asleep with their hands on the steering wheel as their cars continue driving.

According to a report from Tesla in April 2019, the rate of accidents while Autopilot in use was approximately one per every 2.87 million miles driven, compared to one per 1.58 million miles without it. So far, there haven’t been any complaints filed with NHTSA regarding Super Cruise and it hasn’t been implicated in any accidents that have been reported on by the media. However, there was one odd incident the system may have been involved in.

Last May, video surfaced showing a man named Leonard Olsen standing out of the sunroof of a CT6 with his arms spread out as it drove along the I-4 highway near Lakeland, Fla. When police later tracked him down and arrested him on charges of reckless driving, he told them “the car drives itself and has a gigantic computer in it,” WTSP reported.

It was never officially determined if Super Cruise was in use or why it didn’t deactivate if it was, although it is also not known exactly how long Olsen was standing up.

Following the Escalade, Carlisle said Super Cruise will be available on every all-new model the brand introduces, including the upcoming CT5 and CT4 sedans.

Supermoon will illuminate the night sky this weekend